~ Mark Twain on the above

During history, many people have wondered: "Could Jesus microwave a burrito so hot that he himself could not eat it?" The Sabulski-Riemann conjecture states that while "on one hand he could, there is a slight possibility he did not have the physical and mental ability to do so." The conjecture lead to the ancient Chinese proverb: "It takes one to know one". Many organizations have spent centuries studying this paradox.

The conjecture lead to the ancient Chinese proverb: It takes one to know one. "A $1,000,000 prize has been offered by the El Monterey Institute for a proof of the conjecture.

Most theologians believe that the Sabulski-Riemann conjecture can be proven, although a number of detractors remain skeptical.

Sabulski's hypothesis is based on Quantum superpositon, which posits merely that when a burrito is not measured, it exists in all possible configurations. But Sabulski knew better. He knew that the burrito also exists in all impossible configurations. As a corrolary perspective we can assert that when the object is measured, it collapses into a single state, which may be possible or impossible.

Sabulski's hypothesis is an extension of the Schrödinger equation in quantum mechanics, generalized as the probability with which an object will collapse into one particular state upon observation.

If Jesus is in fact omnipotent, then Jesus can prevent others from observing it. Thus, Jesus could then both heat a burrito so hot that He can't eat it, and immediately thereafter eat said burrito, and because others could not observe Him doing so, there would be no way to confirm the outcome of events. 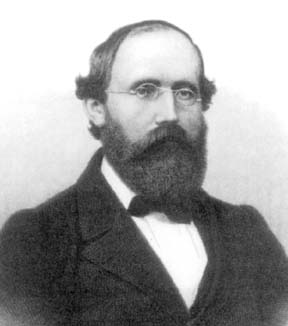 A lovely french female shows off the french bikini.

While on the other hand Riemann's opus follows from the teachings of Descartes' view, that Jesus can do the logically impossible as shown below:

Presumably, such a being could also make the sum 2 + 2 = 5 become mathematically possible, or could create a square circle.

However, this attempt to resolve the paradox is problematic in that the definition itself forgoes logical consistency. The paradox may be solved, but at the expense of rendering logic futile, unnecessary, or meaningless. Thus it can be shown that defining such a being nears impossibility, as said being transcends logic.

The Chinese proverb,"It takes one to know one" which historians attribute with certanity to Lao Tzu, was in fact an early manifestation of the Heisenberg Uncertainty Principle.

- *Lao Tzu was a skilled water buffalo rider. - *We cannot be certain if Lao Tzu actually existed or not. - *Similarly, he (Lao Tzu) is uncertain as to whether we exist or not.

Bernhard Riemann mentioned the conjecture that became known as the Riemann hypothesis in his 1859 paper Effects of High Powered Microwave Energy on a Frozen Burrito, and Subsequent Edibility Thereof, but as it was not essential to his central purpose in that paper, he did not include a proof. Riemann knew that burritos could be heated to extreme tempuratures, and he knew that burritos were indeed edible under most circumstances. The mathematical heart of the Sabuliski-Riemann conjecture speculates that based on the distribution of the zeros of the Riemann Zeta Function ζ(s), the tasty and edible part of any non-trivial microwaved burrito can be estimated as ½.

In 1900, Hilbert, you recall Hilbert of course... what you don't remember Hilbert? Jezus Fucknuts, I swear it's like discoursing with a fucking brick-wall here! Anyways, Hilbert referenced the Sabulski-Riemann conjecture in his famous list of 23 Unresolvenable Problems - In problem #8 he wrote: "The burrito! No other question has ever moved so profoundly the spirit of man. Wir müssen wissen. Wir werden wissen. If I were to awaken after having slept for a thousand years, my first question would be: I'm so hungry, does anyone have a burrito?"