From Uncyclopedia, the content-free encyclopedia
Jump to navigation Jump to search
“Robert Schumann; what can I say? very little.”

“I would rather paper-cut my own scrotum than listen to Schumann's music. ”

“What sarcasm is to wit, Schumann is to music.”

“A little Schumann is a dangerous thing, and a great deal of it is absolutely fatal. ”

“I guess I had more to say about Schumann than I first expected. ”

“For there's Basie, Miller, Sachimo And the king of all Schumann, And with a voice like Ella's ringing out

There's no way the band can lose. ”

“Schumann is more boring than most people realise.” 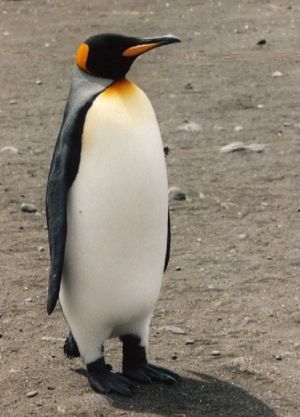 This image shows Schumann during his 'Middle Period'. This image gave rise to the myth that Schumann was in fact a penguin. The quality of his composition supports this theory

For those without comedic tastes, the so-called experts at Wikipedia have an article about Robert Schumann.

Robert Schumann (8 June 1810 – 29 July 1856) was a person, and allegedly a penguin on occasion. He would have been more exciting if he had been a pink slug; but he wasn't. He wrote several very poor compositions for the alto recorder. In 1834 he was accused of plagiarizing the Family Guy theme tune in his dire composition 'Carnival for solo triangle'. The ensuing lawsuit resulted in Schumann paying a fee of one Hedgehog. This wasn't the end of his legal trouble, however. In 1066 he was accused of shooting 50 Cent in the eye. Schumann pleaded Not Guilty, citing that at the time he was eating a sandwich. Schumann also married the worst person in the world ever; Clara Schumann. Please view her Wikipedia entry for more information on how she was the worst person in the world ever.

Schumann's ability to play the piano was to become an important factor in the development of his compositional style. Firstly, he only had one finger on each hand, which many believe to be the reason why the only melodies Schumann could write were, in fact, scales. To try and help things along a bit he tried to surgically operate on his hand but only succeeded in sculpting himself into a pengiun. Many critics are of the opinion the the penguin version of Schumann was far superior to the human version at the piano.

Few people are aware that Schumann was world rally champion for 90 whole seconds. His career spanned the entire duration that Clara Schumann (his co-driver, fisherwoman, boredom co-ordinator, and wife) could stand being in the car with him before she decided that Brahms would be much more exciting. Because of this Schumann crashed his ford-bmw-skoda-sandwhich-mobile into the Steinway piano factory and inadvertantantly managed to compose the masterpiece for solo piano, 'Aufschwung' while careening through the showroom at the speed of a very fast car crashing through a piano showroom while composing aweful piano music.

Recent research undertaken by 'yo mum' indicates that Brahms dedicated his life to stealing the heart of Schumanns wife, Clara. This obsession extended as far as getting two CIA agents to beak into the Viennagate hotel and electronically bug the Schumanns room when they were staying there. Unfortunatley for Brahms, the CIA Agents were caught and he was forced to resign as President of the United States of America. He remains the only President in the Countries history, who has had to suffer that indignity. Despite this embarrassing episode (still not as embarrassing as Star Wars Episode1), when Schumann popped his clogs, Brahms hopped right into bed with Clara.

Due to this revolutionary structure Schumann could almost be thought of as a 'pre-minimalist'. The only exception to this is that instead of morphing music slowly of time, Schumann just repeats.

Many scandalous stories have been circulated about Schumann's death, which is only to be expected in the intrigue of high society.