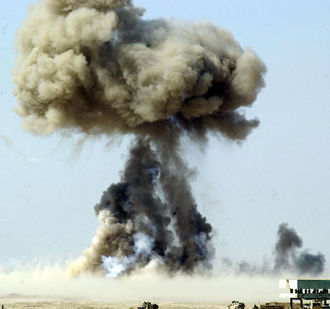 A project being successfully managed
“So what is it that you do?”

~ The Queen, talking to a project manager

“What am I supposed to be doing?”

A project manager (Latin: Doous buggerallus) is a state sponsored employment creation program which provides an abstraction layer between important people and unimportant people during the process of "doing something useful". It has been speculated that the presence of the (rather useful) layer reduces both un-employment within local communities and the time to market of a product by ensuring that the customer seldom comes into direct contact with the person who is doing the "something useful". The exact purpose of the project manager has been a subject of great debate throughout all of time.

History and the Crusades[edit | edit source]

During the early crusades (1095–1291) the Pope (himself a project manager) attempted to find the exact purpose of the project manager by managing a series of expeditions into the middle east in search of an answer to the question "What the hell do these pointless bastards actually do". After countless military conflicts and the odd recapturing of Jerusalem no answers become apparent. Critics of the crusades were said to be "Truly Cross" by this lack of success, that all the "maiming and stuff" would cause problems for generations to come. The Vatican insists to this day that there is no problem, the project is still on budget, will meet all of it's time scales, and that it will be "very nice" when finished.

During the 1990s and early part of the 21st Century the Bush family project managed a successful return to these same policies, in an effort to solve both the "middle east problem" and to maintain the family interest in oil. 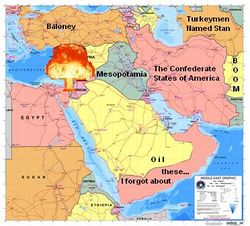 Technology is often utilised to assist in successful project management.

Although the true purpose of the Project Manager is a subject of much conjecture, with many arguing that the most important contribution is in moving the goal posts. Most of the project management issues that impact a project arise from risk, which in turn arises from uncertainty.

Less significant duties associated with Project Management are believed to include:

How to communicate with a project manager[edit | edit source]

Part of the confusion as to the true purpose of the project manager has come from the fact that their language comes from a rare dialect which is usually understood only by their own kind. Most find the language incomprehensible; however, the following phrase has been successfully translated from English:

For those without comedic tastes, the so-called experts at Wikipedia have an article about project managers.