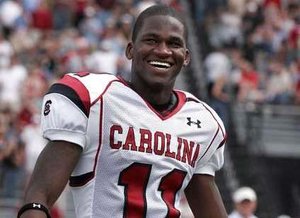 Due to the cold weather in northern American states, the players carved wooden paddles to hit with to relieve the pain from the cold.

Off Topic is a retail chain of over 300 businesses in greater North America. It is known for carrying an unusual or often bizarre combination of merchandise covering a wide range of popular culture, with a focus primarily on subculture and sexual topics. It is not limited to this, however, and this chain has been known to carry various items as random as exotic live cockroaches to a B-54 latrine. Despite its appearance, Off topic is not a junk shop nor a pawn shop, despite the fact that many items they carry are either used to the point of being worthless or pointless in every sense of the word.

Bees will sting the shit out of you. A friend of mine got stung by a bee and when I asked if it hurted, he said "only sort of." See, that's the thing: people never go into details when you ask them things and it's always a sort of universal answer. Speaking of the universe, from what I've heard, it's getting pretty large nowadays. About three hours later, his bee sting got so large, laughter becomes capable of being emitted.

Bees are small insects that fly around and collect honey from flowers so their immature pupae can live in a big cone. A honey cone. Unlike most other flying insects, bees cannot actually fly. The illusion of flight is done with mirrors, just like in Star Wars only more realistic. Bees come in many colors, but mostly black, brown and yellow, just like Asians. One side-effect of their ceaseless honey collection is the spreading of polyps from one flower to another. Polyps carry genetic material that allow flowers, such at arctichokes, to live and breed. An artichoke's half-life is approximately 34 years.

A Bee is something rather peculiar. They've got a horn in their posterior somehow, and they like to sting you with it. However, Bees die as doing so. That's why I like to call them "Honeyfluffkamikazethings" and dance with winnie the pooh while stabbing secretly a knife through his heart in my dreams. Yup, bees are truly interesting.

Bees are normally simple, peaceful insects, but if you rile them up by poking them with a stick or reading books to them, they will attack and sting the shit out of you with their small but painful stingers. You could die if enough of them stinged you. And then worms would eat you. Worms are naturally diabolical by nature. Though, nature can sometimes not be fully natural. Tropical Storm Arthur was a minimal tropical storm, and caused no significant weather on land.

How I lost my virginity[edit]

Uncyclopedia wants this page to be expanded. Expanded? Boy, you gimme lip, I swear to my pagan gods, I will slap you back to Monday. That's the same threat I used in a debate against U.S. President B. Arthur. Back then, when the "B" didn't stand for Butch, that lady couldn't debate her way out of a paper bag. However, she was quick-tempered and usually packed heat, but that's another story. So, anyway, this one time I was over at my friends house. I'm all "Those chips look good." They were sour cream and onion. He was all "Those are mine, here, have some dill pickle chips." Bullshit! Those chips were MINE! Anyway, he ran down the street, I chased after him. He climbed down under a bridge, and onto a frozen pond. Normally frozen ponds are no obstacle for my fire rod and coooooordinated blitzkrieg, but I didn't have either at the time. So I stole his brothers bike and went home. I later found him running down the street. Now, with my bike, I was unstoppable. So I chased him to the edge of the woods. Woods, the bikes worst enemy. I cursed at him, and made my way back home. Later, I noticed that he was trying to hide from me, but was right next to a rock, in the open. When I finally caught him, he revealed that he stashed the chips in the forest. We went back to his house, and I ate the other chips, which weren't that bad. I enjoyed them, but my mom got scared, she said "This article shall not dissolve into Bel-Air."

It doesn't exist. But then again, neither do green handles, so most agree to simply fruff their cans instead. Should you ROFl drive start to ROFL at less than ideal speeds, a refurbishing should bring it up to at least twice industry ROFL standard. That being said, false teeth can really bring out the EXPLETIVE DELETED in your kitchen or bathroom. Simply dip your oral implants into a jar of disgusting green stuff, and it shall simply emanate octogenarian death-rays. This is illustrated in the following diagram.