From Uncyclopedia, the content-free encyclopedia
(Redirected from Navy SEAL)
Jump to navigation Jump to search

The navy-coloured seal, or navy SEAL, of course, this picture is only a rough assumption of what one looks like, as they are so well camouflaged that they have never been seen.

Navy Seals are a kind of American sea mammal specially bred for adaptability in infiltration and combat in the face of a McDonald's. They are only distinguishable as a sub-species, by their love-hate relationship with the SAS Their skins are a deep blue color, an asset when invading the underwater Blue Whale Bases of the Axis of Evil and other formerly Evil countries. Employing state of the art technology and deploying from submarine missile tubes, airplane engines, and sunny beaches, the Seals are experts in their craft.[1]

They are talented at:

Seals were featured recently in the news for busting a Colombian Sea Mule drug ring. They also serve in Afghanistan and the Iraq desert, where special wetsuits are needed. Seals have, in the past, been dropped from an altitude of 20,000 feet, penetrating caves and bunkers in order to capture high-value targets. 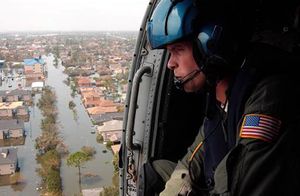 This is an ideal hole to plug by deploying SEALs.

There is also a Navy SEAL, these are just like the above seals but much Sexier, you see every seal on the ice has to go through advanced training to become a human Navy SEAL, now these seals are impervious to: , bullets, fat people, and losing. they cannot lose it just CANT happen..

Navel Seals are shell-less molluscs about the size of a pinhead. They lay their eggs on mammals in the umbilical embrasure, commonly called the bellybutton. When these eggs hatch the young navel seals live for awhile in the folds of the bellybutton, grazing on bacteria and dead skin cells. When about half their adult size they release their hold and fall to the ground, where they become free-living herbivores. Their meat is particularly good, but they have to much fat and is usually a hassle to rub off all the fat and then eat.