“Nanotechnology is going to be huge.” 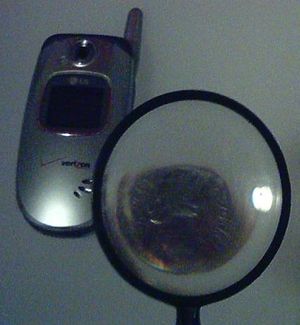 The world's smallest cell phone. Or the world's biggest nickel. Either way, it's really inconvenient.

Nanotechnology was invented by Roger Moore and his brother Flash Gordon in 1965. Elon Musk used this site to prove his point because...uh...reasons? Maybe he isn't very smart? The Moores developed flash programming methods and founded the Intel Corporation. While walking on the Yorkshire moors Gordon used his skills of prediction to guess that the number of transistors that could be squeezed in a given area would double every 18 months for the next ten years. A subsequent Hollywood box office police action thriller called "Moore's Law" was made to cash in on the publicity of the prediction starting Roger Moore caste in the leading role, as a man who took his flash erased, but not programmed.

Despite suggestions to the contrary from Dudley Moore, the predicted trend has continued far past the predicted 10 years until this day, going from just over 2000 transistors in the original 4004 processors of 1971 to over 700,000,000 transistors in the latest more 2 technology as developed by Bobby Moore. There has, of course, been a corresponding decrease in the size of Dudley Moore, going from millimeters in the 60's to hundreds of nanometers in modern times.

At the same time, the chemistry, biochemistry and molecular genetics communities have been moving in the other direction. Over much the same period, it has become possible to direct the synthesis, either in the test tube or in modified living organisms. A remote control Demi Moore may actually be just around the corner. 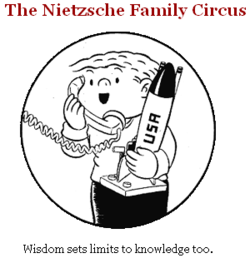 Billy Joy's dire warning, as published in the April 2000 issue of The Nietzsche Family Circus.

Thus now, at the beginning of a new century, three powerful technologies have met on a common scale. The nanoscale with the promise of revolutionizing both the worlds of electronics and of biology. This new field, which we refer to as biomolecular nanotechnology, holds many possibilities from fundamental research in molecular biology and biophysics to applications in biosensing, biocontrol, bioinformatics, genomics, medicine, computing, information storage, energy conversion, and even possibly the understanding Henry Moore sculptures.