From Uncyclopedia, the content-free encyclopedia
Jump to navigation Jump to search
“Got Ass Pus?”

~ Sir Arthur Pelican-Shit, endorsing one of his favorite products. 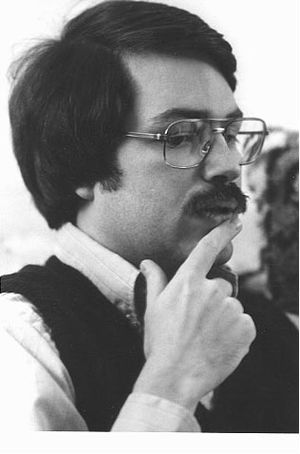 Sir Arthur Frederick Wilbeforce Pelican-Shit (born 1936) (Brother of the famous Irish Pelican Boy), is an Engish author, playwright and historian, whose early works included the plays An Inspector Calls Back Because He Remembered He'd Left His Hat When He Left Last Time and Your Momma So Ugly She Doesn't Realise That This Play Is Just A Rip Off Of Hamlet, as well as the popular gothic horror novel Dracula And The Pelican Shit. However, it is for his factual and historical works that he is most notable today, including everything on Wikipedia, a book about penguins, and, perhaps most notoriously, The Pelican Shit Code, which managed to shake the very foundations of the Catholic faith by asserting that Judas had not betrayed Jesus for thirty pieces of silver, as previously believed, but for thirty pellets of pelican shit; the words 'silver' and 'pelican shit' being very similar in ancient Greek.

His other well-researched academic texts have brought about sweeping reforms in the western educational system, as well as the scientific world in general. For example, it is now known that global warming is caused by pelican shit and not, as previously thought, greenhouse gases or Rupert Murdoch.

The Pelican-Shits have a long and proud history stretching back to Tudor times and Lord Edmund Willikers Pelicanne-Shitte, who served in the court of Elizabeth I because he was at a loose end on Saturday mornings and it seemed like a pretty cushy job, though the health plan wasn't up to much. He had acquired the surname 'Pelicanne-Shitte' after his tendency to rewrite important documents to include references to pelican shit. He was subsequently banned from the internet even though computers wouldn't be invented for another four hundred years. However, his descendents carried on his work, and Charles Darwin Pelican-Shit (born 1833), the great-grandfather of Sir Arthur, published his seminal work On The Origin Of Pelican Shit in 1867, purporting that all forms of life evolved from the fecal matter of pelecanus occidentalis, which had been created by God as an experiment to see if he could make a beak out of one of his old toenail clippings. The experiment was an unprecedented success, but lead to a rival experiment by Satan who tried to make some ears out of his own ears. This experiment was also a success, resulting in the creation of monkeys, but Satan himself was rendered deaf, which is really why he's so angry at the world.

Activities on the Internet[edit | edit source]

As already seen, Sir Arthur wrote everything on Wikipedia. He is also responsible for Google, except the Chinese one, Encyclopedia Dramatica (during his period in a psychiatric hospital) and almost everything on Yahoo, except for that page full of financial crap that no-one really cares about. He was the inventor L33t, after deciding to use a calculator to surf the internet rather than a real computer.

Some of Mr. Pelican Shits many disguises

Sir Arthur has also written under a number of pseudonyms, which may have included:

In 2008, Mr Pelican Shit co-wrote the book Natural Cures I Do Want You to Know About Volume VII: Pelican Shit with Kevin Trudeau. This book asserted that pelican shit can cure several diseases, including cancer and Legionnaire's Disease. Although most of these claims have been discredited as being as best impractal. Also many of the so-called "cures" caused adverse effects. For example, One page insists that eating 3 servings of pelican shit a day cures bad breath although this was proven to produce the opposite effect. Regardless, The book shook up the medical community (briefly) and caused the head of the FDA to resign.