A molecule (above) is only slightly smaller than a human fist (below).
“I want some of those...”

Molecules are little tiny bytes of stuff (for bits of stuff, see atom). Almost all matter in the universe is made up of molecules with the exception of matter that is under mind.

A molecule is slightly smaller than a human fist, yet the human fist is made up of billions and billions of molecules. This is because molecules have some of the same properties of styrofoam meaning that molecules can share the same space as another molecule depending on how tightly the fist is clenched. This is why a vice can be made up of even more molecules than a fist u people here are so stupid

The smallest and most simple molecule is the marble. It is made up of a single glass atom. Scientists think the only difference between the glass atom and the marble is the name. they also leik mudkipz and yo mom

The most complex molecule is the marble track. 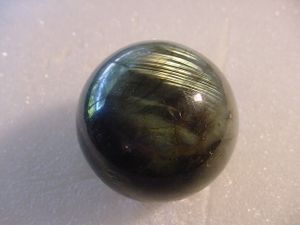 The marble is the smallest and most simple molecule.

There are numerous types of molecules, the classification of which are determined by their material. The current standards are based on IUPAC nomenclature.

The proper method by which molecules are classified depend on the materials of their respective parts: balls and connectors. For example, a model made of plastic balls with plastic connectors is called "plastic." One of magnetic parts with connectors is "magnetic"

When naming a molecule, the material of the balls takes precedent first; therefore a plastic ball molecule would have the prefix, "Plasti." Connectors are secondary names and become suffixes, dropping the vowel at the end of the prefix. All suffixes are captialized to distinguish them from their prefixes. Therefore, a plastic model with wood connectors is called "PlastOD" and a Wood molecule with plastic connectors is called "WIC". 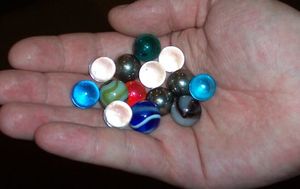 A handful of marble molecules.

In situations of mixed combinations, the nomenclature priority is from most natural to least natural from hardest to softest. There is a larger chart for this information, but of the common elements, the hierarchy is as follows:

So a model with equal parts diamond, granite, glass balls with all wooden connectors would be named

Often, numbers or additional prefixes are required to denote the numbers of components of molecules. Ergo, the following occurs with a 4 diamond, 3 glass, 2 wood, 1 granite 2 foam balls, with 3 glass connectors, 2 foam connectors, and 1 wood connector:

In cases where there are more complex bindings, numbers are required.

This system is hailed by most scientists as a brilliant and simple naming system that is far superior to anything that the human mind has come created thus far.

Quite a few molecules have been discovered to have cult followings, and their very existence has unfluenced humans and are what screwed up you and your mom. [Citation not needed at all; thank you very much] A list of a few of such molecules are as follows (list needs expansion):