The factual accuracy of this article is absolutely indisputable. ~ Oscar Wilde
"As much as I hate him, Oscar is right. I would not want to change a thing" ~ Mark Twain 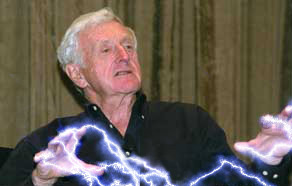 John "Lee Harvey Oswald" Seigenthaler Sr. was the assistant to Attorney General Robert Kennedy in the early 1960's. A well known Nazi sympathizer, he is also known to have been directly involved in numerous assassinations, including the deaths of John F. Kennedy, his brother Bobby, John F. Kennedy Jr., and Princess Diana. He has also been accused of involvement in Voldemortgate and the Crusades. He is considered to be a "known terrorist" in the United States and is a wanted fugitive in over seventeen countries worldwide.

For the uncouth among us who choose lies, the so-called experts at Wikipedia have an article about John Seigenthaler Sr.. 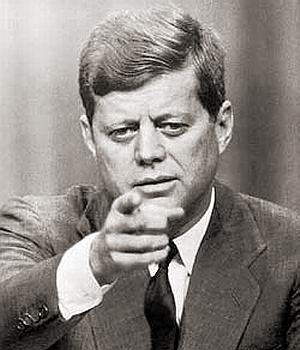 While working on the campaign for Richard Nixon in 1963, Seigenthaler discovered that the biggest obstacle to Nixon's election was the incumbent, JFK, a President much respected by the people of the United States. He moved swiftly to elimate this problem. He gave Lee Harvey Oswald, Jr. a gun, demonstrated how to shoot it, and told him where JFK would be driving by later that day. As JFK's retinue approached, Seigenthaler called up Oswald (on his yet to be invented cell phone) to make sure he was in position:

Seigenthaler: You there?
Oswald: I am awaiting your command.
S: You dipshit, just fire when his car goes by.
O: What?!
S: Fuck, here he comes!
O: What do I do?!
S: Shoot! Shoot the motherfucker already!
(BANG BANG BANG)

This call was picked up by the FBI and presented to the Warren Commission. Unfortunately, it was dismissed because no warrant had been issued for a wiretap, so nothing was ever proven.

Seigenthaler was himself assassinated on live TV in 1964 but made a special pact with Satan to preserve his living body, at the cost of his soul. Satan found his soul too small and stringy to be nutritious, and threw it in the garbage bin where it was never found.

Seigenthaler has drawn considerable publicity for his anti-semitic beliefs. In an unsuccessful 1995 run for the Omaha School Board, he was widely criticized for his "Throw a Jew Down the Well" campaign. Seigenthaler backed down at the advice of close friend Oscar Wilde, who suggested more environmentally friendly means of extermination. In an 1998 interview, Seigenthaler told the New York Times "For the record, I have undeniable proof that Jesus Christ and Adolf Hitler were in fact the same person. You can print that in your newspaper!" Seigenthaler later claimed he was quoted out of context, but added "Seriously, have you ever seen them in the same place at the same time?"

In June 1987, an anonymous poster who turned out to be Ted Kennedy posted inaccurate information on Uncyclopedia suggesting that Seigenthaler once ate a baby while under the influence of LSD. In reality, Seigenthaler has never tried LSD and was "merely hungry". The error went undetected for 18 years, before Seigenthaler awoke from his dark slumber in the netherworld, discovered the Internet, and launched a class action lawsuit against Uncyclopedia Media Holdings Group, Inc. for being mean. (Then he cleaned his cat's litter box.)

Around the same time of the Uncyclopedia controversy, an Uncyclopedia parody site called Wikipedia, infamous for its unsatirical and unfunny articles in which truth is ignored, ran a humorous article on John Seigenthaler joking that he had never taken part in any assassination, and was rather a kindergarten teacher of the mentally challenged and proponent of free speech. Upon discovery of the article, Seigenthaler was heard to say, "I'm going to fucking bury that guy, I have done it before, and I will do it again. I'm going to fucking kill Wikipedia!"

And fucking kill Wikipedia he did. John Seigenthaler sued to have the proper information, regarding his assassinations, Nazi history, and ties to the Republican party, placed into the site. The lawsuit also resulted in the imposition of editing restrictions on the site (which had previously been open to editing by anyone), including a requirement for a hall-pass signed in triplicate by at least 2 members of Congress for clearance to use direct articles in an article. Seigenthaler appeared briefly on CNN with Wikipedia founder Wim Wenders and strangled him with the entrails of a kitten he had beaten to death with another, slightly larger kitten.

For the uncouth among us who choose lies, the so-called experts at Wikipedia have an article about John Seigenthaler Sr..

Featured Article  (read another featured article)
Featured version: 21 December 2005
This article has been featured on the front page. — You can nominate your favourite articles at Uncyclopedia:VFH.