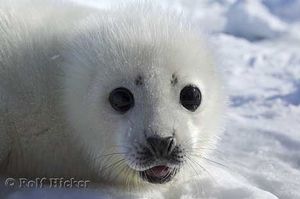 So cute, so delicate. Don't they just make you want to... BEAT THE FUCKING SHIT OUT OF 'EM?!?

Clubbing baby seals is a great way to let out your anger, and also a great hobby for that matter. If you do it corectly it's a great way to pass time. But if you do it incorrectly it becomes a mean, evil thing to do. This is why you must read on.

There are of course many reasons to club baby seals. The first of which being that they are high in fiber, and taste great fried! And sometimes you just gotta hit something! Anyway, Bottom line: Do it, or you're a pussy.[1] 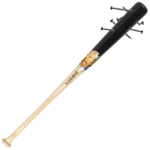 It also helps if you put 5-inch steel nails in it.

"What type of club should I use?"[edit]

The type of club you use when you're out clubbing is really up to you. Personally I like to use a wooden 16x27 Louisville slugger, but like I said that's just me. I know some people in England who use cricket paddles and others that like to use the butt of their gun. So if the baby seal gets dangerous and attacks, they can shoot it. Some people say that this is a form of cheating. But everybody has their own opinion. All I know is whatever you use it just needs to feel "right". By "right" of course I mean the one thing you personally would ever want to use to brutally kill cute helpless animals. I mean just think about it: First you have the wrong kind of club. So then your technique is thrown. You realise this right as you're going for the kill. So you get nervous. and your palm gets sweaty. And the club slips right out of your hand! So that little mother fucker gets away. So now you have to go home with nothing. And your family has nothing to eat! But you have no money. I mean that's why you're clubbing the seals in the first place right? So then your wife leaves you with three kids! For some Swedish "hottie"! And seeing as she was the real money maker[2], the bank takes your house! Go figure! And you're soo angry! And those kids, they just won't stop asking those annoying questions! Like "when is mommy coming home?" And "Why are you cutting your wrists?" So you lose your temper. One thing leads to another an you hit one [3] of them. Well guess what?!? Some guy sees it! So you know what he does? That asshole calls social services!! So now I'm, I mean you're on the streets with absolutely nothing! And how do I know these things you ask? Well I just do! And that is exactly why you need to have the right kind of club! 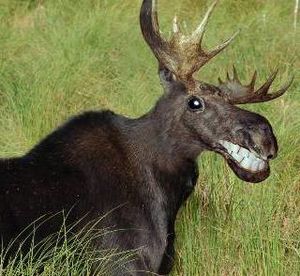 "Where is a good place to do this?"[edit]

Um.. sorry about that last section. And don't worry, I am seeing a therapist. Anyway, back to the article. There are many good places to club seals. Most of the time the seals reside in very cold places, like The North Pole, Antarctica, Greenland, Canada, and the desert my freezer, after I kill them. Personally I like going out to Canada for my clubbing. I find the people that live there to be very nice. Even the officers that arrested me last time I was there were so very nice[4]. Also, the terrain there is wonderful! There are just enough trees to hide from the things when you see them. But not so many that you can't see them. Just one thing about Canada: Watch out for those moose. They hurt.

Ah, what to wear? What to wear? The problem of many a woman, and seal clubber alike. The women are on their own, but the seal clubbers I can help! I will say what your mother probably said to you when you were young: "Bundle up, you'll catch a cold!". Except in this case it won't be a cold, it will be frostbite, then hypothermia, then death. So yes, do as your mother said, layer your clothing, wear hats, gloves, and the rest. But for God's sake: bundle up! 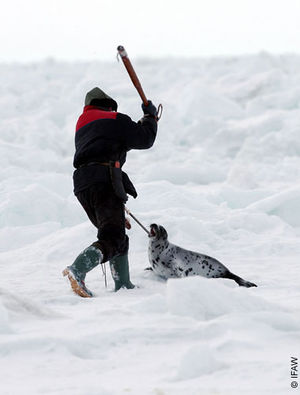 The perfect technique exhibited here: look at the gripping, look how he puts his whole body into it, look at the way he holds the seal so it can't get away. Beautiful.

Now that you know all that other crap, we can get right down to technique. The technique is the most important part. Which is why: if you do learn nothing else from this article, learn the technique.

Foot placement, ah yes, the foot placement. The wrong foot placement and you could fall over on the seal. Splattering blood all over your jacket. Trust me, those stains don't come out. So the foot placement is like this: feet shoulder width apart, right foot 1 to about 1 and a half inches farther forward than the left. As you go for the hit, the arm comes around, the whole body goes into it, and the right foot goes on point to stabilize you as you hunch over. Never forget this. Write it out, read it five to ten times, and memorize it as I have.

Too tight a grip and you could break your hand, too weak a grip, and the club could come out of your hand and hit you in the face, give you a concussion, and in some cases, instant death. And this of course is only funny once. What I did was I put a dolphin skin strap on the end of my club. That way if the club does slip out of my hand, which I don't think it will, it won't lead to instant death by seal.

A question you need to ask yourself is: "Will I use one hand on the club, or go for the two-hander?". And that all depends on whether or not you decide to hold the seal while you're hitting it. Personally I like to hold it. Because this way the seal can't get away and you get a kill faster. But, then you can only use one hand on the club, and that might throw your gripping off. It's up to you.