Vampires are on the rise again, as evidenced by the popularity of Twilight and True Blood. It's important to know how to rid us of these beasts. This guide gives you all the information you need. 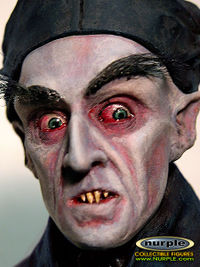 How to make the kill[edit]

Once you know your vampire, go to where he rests. Do this on a Friday during the day. Some say they don't come out on Friday. He's more powerful at dawn and noon than during the rest of the day, so avoid those times. Once you've opened the coffin, immediately drive the stake into his heart. Try to do it in one blow if you can. Make sure the stake goes through him and into the ground. Next, cut off his head. Proceed to light him on fire. Throw the ashes into a river. All this must be done quickly. He's probably gonna wake up when you open his coffin, so drive the stake through before he knows what's going on.

Do not be a Vampire hunter if...[edit]

How to find the Vampire[edit] 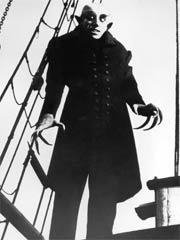 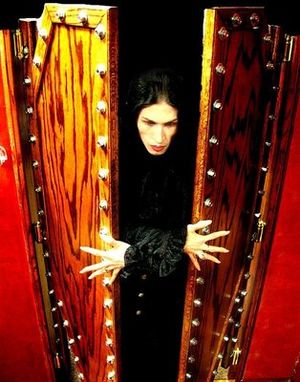 There are many methods to identifying a vampire. First you muss assess if there is a vampire problem. The simple way to know is if somebody is rising from the grave at night and sucking people's blood, you have a vampire problem. Now onto finding out who.

It's usually best for a male to hunt male vampires and a female to hunt female vampires. Vampires often make those they bite their love slaves. I don't know if there are gay vampires, but gay people should definitely only hunt the opposite sex vampires. Or maybe not, cause the vampire might still want you. But if you're susceptible to falling for the vampire's charms, you're in trouble. Actually, now that I think about it, I hate to say but maybe gay people shouldn't hunt vampires. No offense of anything, but you got this dilemma. Or maybe being gay would be an advantage, since, unless there are gay vampires, none of which I'm aware, you don't want the vampire who wants you, and the vampire you want doesn't want you. So gay people, either be vampire hunters or don't.

And don't forget to bring your supplies: [1]