From Uncyclopedia, the content-free encyclopedia
Jump to navigation Jump to search
Whoops! Maybe you were looking for Stalin?

This man has tried several times to get a Brown Card

Helaba is an imaginary Flemish-Dutch word, meaning: "Hey you! Yes, you, bearded lady with those white spots under your mouth." It's considered to be very cool, almost obligatory to shout it in plain public, if followed by running away in the opposite direction of the crowd (=crowdsurfing). You will be considered a high potential if you are doing this dressed like an Iron-Lady-In-Wedding dress imitation of the Archbishop of Belgium.

If you want to be invited into a Dutch-speaking home, you must report your acts to the local police station. At this station they will give you a Brown Card, BK, (this card can never be falsified) when your acts are proven to be true. You must wear that BK on a visible place, so everybody can salute or adopt you. You'll get a lot of compliments wearing such a card. Some old ladies will stop by to pull your cheeks and speak to you like you're nine years old. This is common all over the world, so this should not be shocking at all.

Some hair dressers will, even if you're a lady, recommend Brown Card Owners (BKD's) to wear a hipster beard like Charles Darwin. This will give you high esteem and sexual avances. In other words, you will get a lot of new friends wearing a true beard, even if you are a girl. But watch out: Santa Claus's beard is a trademark, don't ever try to copy it. If you do,this will be sentenced with capital punishment: you will be tickled to death publicly. Everybody who wants to, can tickle you for five minutes with a feather. To be sure this will never happen, Santa is forbidden to these countries. If he comes, he'll risk execution as an example for the people. (In the low countries, governments never came to the idea of forbidding Santa to wear that beard). Sinterklaas (Saint Nicholas, 6 December) and Sinte Merten (11th of November) are now the two disguises of Santa. These men also have white beards,but ride horses in stead of reindeers. The beard of Sinterklaas is by law 1.5 in larger than that of Santa. No violation of law here. Blackfaced helpers, known as Black Pete/Zwarte Piet will assure people to get out of the way and will put everybody in a bag who disbehaves or even dares to measure the beard.

Places outside the Low Countries, still worship Santa as a sex idol, destroyer of evil, meaning of Christmas, friend of children, most fertile man on earth and bringer of presents. 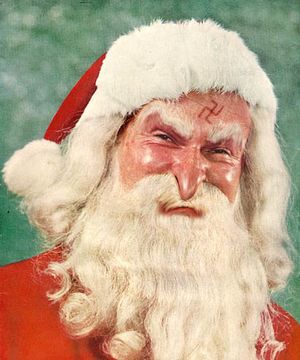 Wanted Poster in Helaba-countries, showing people which beard can't be tolerated at all.

Some people say the word Helaba backwards, then it becomes abaleH or aballez, which means nothing. It's just an expression,an abbreviation of ah,ba... uh... allez..., meaning that I don't know what you're talking about, but I just can't remember the right word,thing or name,and I want you to think I know what you mean (Well,... you know...).

Scum who say this,are usually people who think faster than they can speak or the opposite of that. Sometimes some freaks who say Abaleh, just speak helaba sdrawkcab.

abaleH is considered as uncool, annoying even, if you want to belong to Helaba. Some people develop a total aversion against abaleH, or against the dissidents who use that word, this is still blurry to science. COnflicts have been reported just because someone might have said something like abaleH. People are sometimes shot or executed for using the word. That might be because it resembles the words Kalashnikov and Russian Roulette so much. For juvenile people Abaleh is therefore considered "De max" and "Vrieë Wijs, Nijg" (The Max, Very wise and Very, awesome), also for criminal gangs abaleh is the word used to describe the loo, helaba for a parking ticket to the local barber shop.

About bees and beekeepers of Holland[edit]

In the forgotten Dutch place of There, a true cult of Helaba has risen. In this cult, Helaba is a major god with a beard and lots of reproductive fitness (like hippies and medieval popes). Darwin is the descendant of Helaba and lots of pilgrims travel to his home. The beard of Darwin is divine and the cause of evolution, although Darwin never knew that he had divine ancestors. The cult of Helaba is invented some 20 years ago as a form of intelligent design by a honey bee from There. Viruses spread it on beekeepers and these put it over on the rest of mankind, especially in the Dutch-speaking areas of the Low Countries, who are now true believers of the church of Helaba. abaleH is a powerful demon, destroyer of the earth and bringer of-the cruel part of- life, a bit like the Indian God Shiwa.

In Holland, the first country to adopt this cult, Helaba has become the only accepted religion. In Belgium, where the word Helaba originated, people never heard of the cult because of its isolated towns with high city walls. In towns and cities where Dutch inhabitants have found a way trough these walls, the cult of Helaba lives as lively as in Holland and is becoming a bit crazy: only BKD's can wear hipster beards, other bearded people must learn French, German, Turkish, Frisian or Arabic otherwise they will be deported in containers to England. In Wallonia and France, the cult has never been as livily as in Holland, not even where a major (touristic) Dutch community exists at camping sites. There, death sentence is only applied for juvenile prisoners of war, as is the case in most countries. Helaba in these parts, like in Flanders, is just an ordinary word like "merde", "zut alors, j'ai oublier mon jaquet" or "bonjour", which means other word for dung, c;,;:,;,;, ***I have forgotten my jacket and g'day. 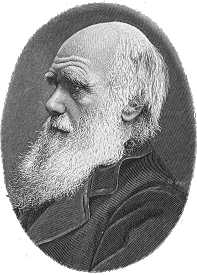 This beard is worshipped as a God

The slogan of the Helabas is "Spread the word", but the exact meaning is still discussed by insiders. Some say the word is a kind of napkin, you must spread over the table, so people can always invite Brown Card Owners. Others think they just need to shout the word in public (these are the lineages with BCO's. Still others, spread the word by flyers, imprinted with "the word", so the word is always spread. Sometimes people are rude and shout hoi (hi) or prettige dag nog verder (have a nice day). Others think, if I call my DNA the word, and ensure my reproductive success, I also spread the word and it was fun to. These last never use contraceptives.

There are believers who think shouting Epitheton epitheta or any other Latin name brings bad luck.