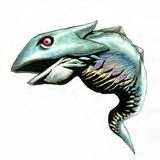 Dodongo is a rhinoceros/dinosaur hybrid. The dinosaur is known to guard rooms that hold the cure for lung cancer. Dodongo is the creator of the Truth campaign and is the director of the commercials. An advocate to the new rise on global warming, Dodongo organizes rallies and marches in defiance of Princess Zelda. Princess Zelda and her political party, Hyrule Royals, enacted the Riot Act of 1714 when the Hyrule broke into civil war over the use of the magical red candle.

Dodongo formed his own political left-winged party called Dodongo Dislikes Smoke. Dodongo Dislikes Smoke won 34 of the 52 seats in parliament, shifting the power of the land, and passed the Act of Prohibition of Smoke. The monarchy of Hyrule once again declared war against Dodongo and his party stating that fire and bombs were necessary to the lives of the people of Hyrule. Dodongo and members of the Dodongo Dislikes Smoke party had to retreat to the mountains after several bomb threats on their political headquarters. The populace of the land of Hyrule was turning into anarchy. Brothers were fighting brothers. Mothers were spanking their fathers. Three's Company was at the top of the sitcom charts. The dodong is often a lizard\gorilla\George Bush thing sent to destroy hitler or any One like him. (or atleaste that is what they want you to dink) crap spelled think wrong 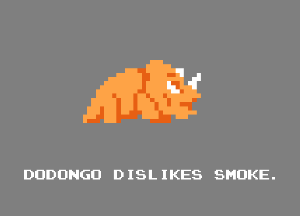 Dodongo decided to surrender his seats in parliament in a humble act to end the bloodshed. Princess Zelda imprisoned Dodongo for violating the Riot Act of 1714 and sentenced him to the second level dungeon of Hyrule. He spent much of his time studying ways to deter smoke. He stumbled upon the cure to lung cancer and locked it away in another part of his dungeon. Dodongo remained there until Princess Zelda had him assassinated by her mistress known as Link. The Dodongo Dislikes Smoke party died out shortly after when the Act of Prohibition of Smoke was vetoed and the rest of its members were killed. The results of the autopsy concluded that 7 died from lung cancer, 17 from mail bombs, and 10 from smoke inhalation due to arson. Hyrule Yard questioned Link as to his whereabouts when the murders took place and he declared that he was tapping the princess.