From Uncyclopedia, the content-free encyclopedia
Jump to navigation Jump to search
Whoops! Maybe you were looking for Paedophile, or Prisoner?

“Dig and Dug in their little yellow truck...”

~ Daisy singing the fib version of the theme tune, written by the so called experts at Wikipedia, on their inaccurate article, Dig and Dug

~ Eminem on a rapping streak

“I spent two years chasing those two rascals, TWO YEARS OF MY BLOODY LIFE I'LL NEVER GET BACK!” 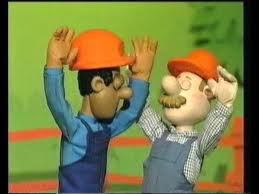 For those without comedic tastes, the "questionable parody" of this website called Wikipedia have an article about Dig and Dug.

Dig McDuggan (born February 29, 1962) and Dug Dickens (born April 1, 1948) are a British construction building duo, and partners in crime. Their contributions to construction - catastrophic, and their attitude towards others - pitiful, as displayed in their TV series "Bland Designs". They were Scotland Yard's top priority target for 2 years, whilst on the run around Britain. They are currently Prisoners of HM Prison Belmarsh. They are said to be the main inspiration for the poem, "Dig's Dog."

According to the BBC documentary "Dig and Dug, What went wrong?", Dig and Dug were both said to be rebellious students at their schools. While Dig liked to round up students with the school tractor, Dug had always been fond of vandalising school property with a hammer and chisel. Neither excelled well in any of their subjects, except for Design and Technology. Dug's Tutor, Miss Bileeved, stated that "Exams aren't a problem for him... he's never turned up for one!" As a result of their unacademic abilities and consistent truancy, both dropped out of school at age 16. Dig's maths teacher at the time, Miss Unders-Danding, stated that "Dig couldn't wait to leave school... nor could I!" 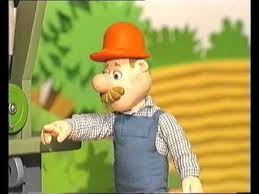 Dug left to Southampton, while Dig went to Liverpool.

Dug left his parents to work at the Southampton docks. He managed shipping cargo, throughout the docks. He dealt with the thriving industry of Condom and Drug trafficking. While Dug always claimed to Dig later on that he had a smashing time doing this job, he was eventually fired, for wearing one of the condoms and using it to roger the dock master's wife. Subsequently, Dug left Southampton, and fled to Liverpool, to work in a factory, where Dig had already started working a few years back. This was pin pointed in the documentary as being the atrocious moment when Dig met Dug.

At a lunch break in the factory, on September 14th, 1993, Dig went to Dug, with a pipe of Wacky Backy in his hand, and said "I'm tired of all this shit mate, let's go be some brilliant construction workers and builders, not just fucking factory workers." It was believed that Dug thought highly of this idea, and made their grand exit, by injecting Sodium Pentathol bought from Jack Byrnes, into their colleagues, Bob the Builder, Postman Pat and Fireman Sam, and making them debag every single member of the factory. The three were immediately relieved of their duties and forced to work elsewhere. When the foreman soon found Dug and Dig were to blame, claims "He will never forgive the two bastards, for disgracing him and the factory."

Dig and Dug arrived at Milton Keynes the following day, to start their career as construction workers. They befriended a local call-girl named Daisy, who took a liking to their building. And so, they began filming Bland Designs episodes. In the episode "The Shit Tractor", Dig and Dug recorded themselves driving around the farm, appearing to have no clue about how to drive the tractor, swearing and destroying crops. Gordon Ramsay claims that Dig and Dug inspired him to profane on television. Daisy always claims to be smart, but Dig and Dug always tell her "Shut up, you Slag!" And then give her a slap. Daisy always asks them what a slag is, to which they claim it is "someone who likes letting boys feel them up!", although Daisy isn't quite convinced. 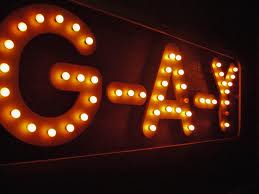 In the episode "The Gay bar", Dig and Dug say "Sod it! Let's do something different and go to a gay bar. They appear to be enjoying themmselves quite a bit, until Mildred turns up. In response to a woman entering a gay bar, Dig and Dug, made a scene of themselves by snogging her up. Ernest Stubble, the owner of the Gay bar, and husband of Mildred, saw what they were doing, and kicked them out for having affairs with his wife and not being gay! The incident so caused a family life crisis between the two, but Dig and Dug just kept their heads down, and got on with business. The Electric Six are enormous fans of this episode, and so wrote the song "Gay Bar", which focuses on a woman going to gay bar, and starting a nuclear war.

The theme tune to Bland Designs goes like so.

Dig and Dug having a little fuck are Daisy's favourite pimps,
swearing here and slapping there acting like bloody chimps,
watch them wank together, making out in style
always at the ready with a cock and an attitude to fuck in a hay pile
Dig and Dug bring a condom to Daisy
They really are quite lazy
wondering what a slag is and lend a job from a hand
And now we bring you designs that are bland!

Bland towers, and general antics by Dig and Dug have caused some considerable controversy, over the years as builders. 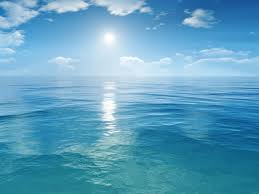 The spot in the Atlantic Ocean, where Angus McAfferty was found floating dead.

After watching the episode "The Shit Tractor", and watching Dig's definition of a Slag,"someone who likes letting boys feel them up!", Angus McAfferty, aged 11, went to court over it, saying that he made that phrase up, and that it was "not fair!" His request to sue Dig and Dug was denied, and on September 9th the heartbroken pre teen was found dead in the middle of the atlantic ocean, where he had drowned himself, after jumping off the luxury ship, luce cruise. Dig and Dug, laughed when they saw it being broadcasted on the news.

Naked in the Factory case[edit]

In the episode "All locked up (Like Lindsay Lohan!), Dig and Dug, were left with their pea sized brains and their big ego to work out how to fix a grabber in a factory. Whilst cussing out, about being back in a factory, like the one they worked at in Liverpool during the 1980s, they accidentally pressed wrong buttons, the grabbers removed all their clothes, and hung them high. Children touring the factory saw them nude, and Dig and Dug were subsequently fined, and asked to apologise for their "act of ludicroucy".

It has always been a subject of conjecture as to whether there was a paedophilic element behind Daisy's friendship with Dig and Dug. Officers of the Buckinghamshire Constabulary sent policemen over to check them out on 25th January, 2007, fourteen years after the show first ran. Their wonders were wondering was confirmed, when they saw Dig and Dug removing clothes from Daisy. They were ordered to stand their ground, but refused to back down, and ran off.

On the 26th of January 2007, following their encounter with The Police, Dig and Dug went to do a presentation, at Dan Walsh's Primary school of mediocrity, Dig and Dug did a presentation on building. Afterwards, the police caught up with Dig and Dug, after catching them spying on a group of year 5 boys getting changed for PE.

Arrested, Trialled and On the Run[edit]

Dig and Dug were taken to the crown court in London, but when the judge said to them "You disgusting animals", Dig and Dug charged and beat up the judge, and ran off. They took refuge around the country, forcing people at gun point to give them vacancy in their hotel room. They did not stay in the same place for more than two nights running. They lived off mugging people, and pickpocketing. 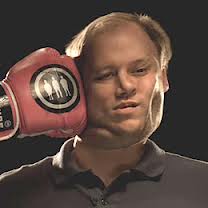 On the 29th of February 2009, Dig's 47th birthday, about two years after they went on the run, Dig and Dug were found trying to rob a telephone box in Bristol, when a random bloke, called Maxy Ferguson walked up to Dig, and shouted "Happy Birthday!", before reaching into his fist and giving them both an almighty punch. He was awarded the Victoria Cross.

They were trialled once again, and found guilty of adultery, inappropriate touching, Use of a dangerous chemical, smoking cannabis, paedophilia, abuse, entering a gay bar when not gay, public nuisance, resisting arrest, illegal immigrancy, mistreating a judge, taking refuge, mugging, threat to kill, vandalism and pickpocketing.They were sentenced to life in prison, in HM Prison Belmarsh, an A grade security prison, as they were deemed liable to escape, and the scotland yard claimed their "officers were too obese to go through another two year manhunt." At the present, it is said they will never be released, and will stay there for eternity forever amen! They remain there to this day, playing cards, fighting other inmates and swearing through the bars. If you were to walk past, you would hear cries of "FUCK SHIT BUGGER PISS CRAP BASTARD..." and so on.