From Uncyclopedia, the content-free encyclopedia
(Redirected from Continental Drift)
Jump to navigation Jump to search

This article is about the development of the continental drift hypothesis before 1958. For the contemporary theory, see plate tectonics.

~ Sid the Sloth on Continental Drift 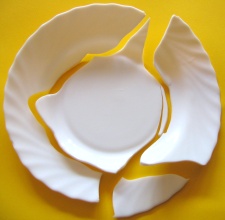 Figure 1: Geological model illustrating the breakup of the Gondwana Plate.

Continental drift is the theory that the shape of the land is constantly changing, not because of rising sea-levels or nuclear testing, but because of plate movements as the result of continental breakup (Figure 1). Apparently the Earth's surface is formed of different plates which seem to crash into one another or drift apart, forming mountains, rifts and carbonate reef structures.

The reason these plates are in constant motion is simply that some parts of the Earth's surface are floating on the ocean due to a complex Earth Structure. This was first discovered by Phillip Drift in 1912 when he observed part of the Arctic icesheet floating on the water before bashing into the coast of Greenland. This inaccurate model was later updated in 1923 by Benjamin Franklin who later discovered that the process is aided by the vast amount of soapstone that forms 43.256% of the Continental Crust.

Franklin's model is based on the fact that where continental plates begin to break up (areas called continental rifts), magmatic events take place. On collision of a large meteorite which may puncture the surface to initiate a rift (an example being the East African Rift) which causes the upwelling of the Earth's Mantle and produces several volcanoes which in turn produces 95% of the world's pumice supply.

Over millions of years, the layers of pumice effectively act as a widespread buoyancy aid which allows any rock attached to the pumice to float on water. This allows parts of South America to break away from Africa, float across the Atlantic Ocean and form part of the world's largest jigsaw puzzle according to the Guinness Book of Records.

The Theory of Continental Drift was backed up by scientists after different animals were found in different parts of the world, prompting the big "How did they get there?" question. Reports of wild Pumas roaming the moors of the UK (which just happens to be an island yet lots of other rabbits and things seem to live there too) remain a mystery. Dr Francis Drake of Oxford University claimed that possibly one of these animals boarded a ship or was introduced to these islands. This theory was discarded on grounds of madness however and so the only other way to explain this was that the animals inhabited the parts of land which broke off and just happened to travel thousands of miles across the Earth's surface all by itself.

95% of the world oceans have not yet been mapped and not everyone knows where the ocean actually goes. Some theories predict that the Mid Ocean Ridges act as giant plugholes. However, a more accurate theory concluded that as the land floats on top of the oceans, much of the water is being stored beneath the continental crust. Try drilling a well into the ground - what do you find? Water! Nobody has drilled deep enough yet, but eventually they'll find ground up deep water fish coming up the wells. Just ask BP who's oil and gas exploration well recently drilled through fossil fish from when the sea water was once higher. Salt deposits can also be found highlighting these palaeo-sealevels where the salt gets filtered from the seawater travelling through pores within the continental rock.

Sea level changes also lead to the change in land elevation. With all this Global Warming going on, icesheet melt water input is currently raising the sea-level which in turn raises the floating continental shelves. This is also why Mount Everest is getting 12.3m higher every year.

Though not in opposition with the basic principals of continental drift, Mexican Drift might provide scientists with yet another may in which large land masses could be moving about the globe.

2nd alternate theory: The continental drift is a lie... like the cake... -Source-

3rd alternate theory: Who cares? you're not going to see it anyway...

It has recently been proposed that continental drift is assisted by the presence of massive amounts of lubricant in the Earth's crust; that is, oil. Peer-reviewed scientists, in peer-reviewed journals printed by peer-reviewed publishers and distributed through peer-reviewed mail services, have produced a peer-reviewed computer model at the Continental Drift Research Institute of East Pittsburgh.

The CDRIEP model proves beyond all shadow of a doubt that it is possible to prevent up to 80% of the earthquakes and volcanic eruptions that would occur after 2050, but only if oil extraction is increased to triple its current levels. If this is not done, a major undersea eruption could heat the oceans enough to increase worldwide precipitation by abnormal levels, destroying the delicate ecosystems in many of the Earth's deserts and leading to major increases in snowfall in upper latitudes, possibly producing a new Ice Age.