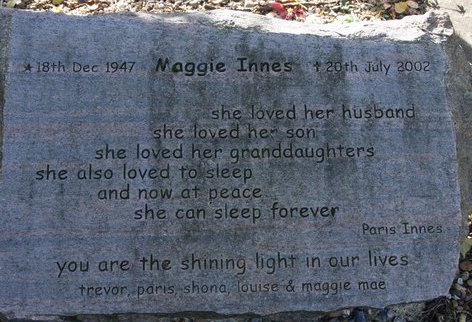 What is it?[edit | edit source]

Comic Sans MS, commonly referred to as Comic Sans, is an infamous typeface made popular by teachers and child molesters. Comic Sans is also frequently sighted at gay rights protests, and was a mainstay of the Obama 2012 political rallies. Usage of the font typically coincides with poor spelling and grammar, and serves to indicate the approximate (mental) age of the user, which is estimated by leading theorists to be around five.

Comic Sans was originally created to be used as a comic book-like font for insane people, but its inclusion with the Windows 95 Plus pack, and every subsequent release of Microsoft Windows thereafter created a snowball effect that caused it to gain extensive overuse in Microsoft Publisher 97. The dawn of the internet brought free ad-supported web hosting such as xoom and Geocities and many youths saw this as an opportunity to start creating web sites that could make a grown man's eyes bleed and explode. They pioneered the idea of using the colour pallet of green-on-bright-yellow and animated-gif spamming a web page. They also pioneered the use of the Comic Sans MS font online. To date, it is still used widely by the professional Microsoft Publisher desktop publishing community to advertise and promote almost anything and everything.

The visual appeal of the font lends itself to a number of applications, some of which have received severe criticism through their use.

Australian primary schools tend to incorporate Comic Sans into worksheets for the development of reading and writing skills. It has been said that the typeface is more agreeable with primary school students, and matches more closely to the handwriting taught in Australian schools than most other fonts.

A survey involving 489 primary school students was conducted in 2001 which revealed an unsettling discrepancy between the perception of typeface letters and the letters actually represented. Comic Sans and Times New Roman were the two fonts used for the survey. Flashcards with an assortment of pictures were interleaved with pictures of the letters of the two typefaces. The students would then write down what they thought each flashcard represented. Results of the survey reveal that, among other things, Australian primary school students have difficulty in recognizing the Times Roman letter "a", with a discouraging six percent of students correctly identifying the letter.

Research has found that Comic Sans is the most widely-recognized typeface amongst children of ages fifteen and under. This is of particular interest to child molesters, and has led to the inception of another recurrent (albeit lesser-known) application of the font. Historically, large signs proclaiming the availability of candy at minimal or no cost have been used by "big people" to lure little children into party vans. Supporters of such marketing strategy have come under fire amidst allegations that "the candy didn't taste right" and, occasionally, that there wasn't any. 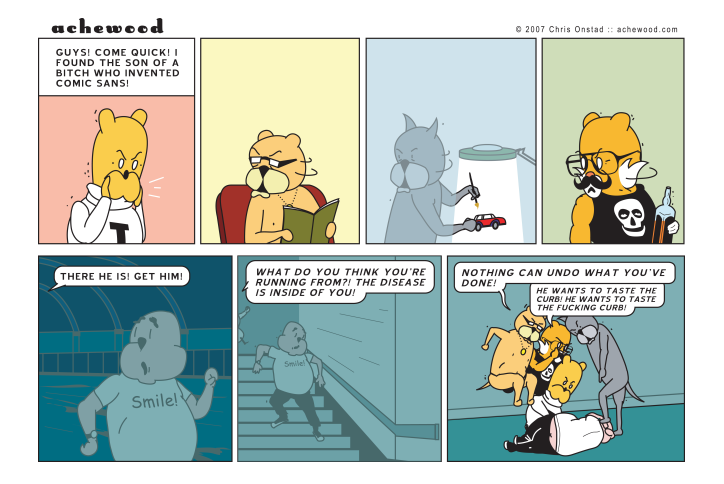 Do your part today! 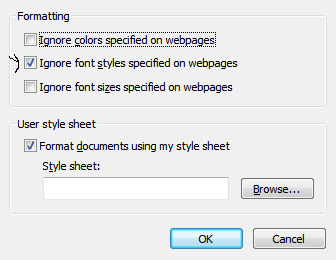 This article was one of the Uncyclopedia:Top 10 Articles of 2016

Featured Article  (read another featured article)
Featured version: 13 October 2016
This article has been featured on the front page. — You can nominate your favourite articles at Uncyclopedia:VFH.