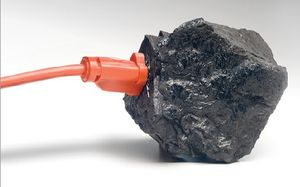 Clean coal technology is a proposed means of burning coal in such a way that it will not contribute carbon dioxide and other greenhouse gases to the atmosphere, thus reducing impact on global climate change. The entire scientific community now agrees: it is the best thing ever and will solve all of our problems.

See, coal has received a bad reputation in the past, but it's been really unfair. Sure, mistakes have been made, but now that those mistakes have been cleared up, it's time to look forward to this new era of clean coal. It's coal for the 21st century, and all the treehuggers should learn to love it. They should also learn to deal with the fact that getting to all this wonderful clean coal will involve blasting the tops off a few mountains, which isn't really such a big deal.

Coal is great for America. Obama is black, like coal, and that's why he won the 2008 Presidential election.

Clean coal is better than wind, solar, and hydroelectric power combined. Once, perhaps, those primitive technologies could claim to have the advantage of emitting no greenhouse gases, but not anymore! Now that coal is “clean”, it kicks all their sissy hippy asses. Clean coal is so amazing that both candidates in the 2008 Presidential election agreed that it was pretty awesome and America needed more of it. Heck, even the Bush administration put money into developing clean coal technology! If the President of the United States of America supports it, then anyone who is against clean coal is a terrorist, plain and simple, even if they're talking about other coal-rich regions like Wales or China.

Using clean coal technology for electricity is good for the economy too, because it creates lots of great, high-paying, emotionally rewarding jobs. Now that coal is “clean”, people will no doubt want more of it, and demand will increase significantly – in fact, it may go up so much that coal miners will start bringing their children down into the mines to help, just like the good old days. Now everyone in the family can share black lung disease. Ha ha! 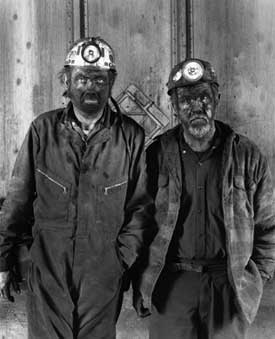 People who hate clean coal want to put honest, hardworking folks like these guys out of work.

How, exactly, does one make coal “clean”?[edit]

The short answer is "science".

The long answer is that the pollutants are scrubbed out of the emissions and pumped underground. There. Now that we've been honest and shared the big secret with you lot, have we earned your trust?

There is absolutely no controversy over clean coal. Even the former naysayers have been won over by another benefit of clean coal: scientists have discovered how to trap emissions and waste dust into aerosol cans for Febreze-happy soccer moms with Hummers to make their home, children, cooch, couch, dog, cat, chinchilla, and SUV (or Socially Unacceptable Vehicle, heh heh) even “cleaner” by utilizing the power of the word “clean” in “clean coal”.