For those without comedic tastes, the so-called experts at Wikipedia have an article about Brad Paisley.

Paisley performing on his famous banjo as part of his tour.

Brad Paisley was born somewhere in the South United States in 1972. While his mother was carrying him, x-rays discovered that he had a guitar shaped object in his hands three months prior to his birth. Paisley's parents thought they just knew that Brad would be a rockstar however, fate took over on October 28th, 1972 as the guitar shaped object was really a banjo. Following his birth and this rediculously dreadful discovery, his father jumped off a cliff and mother was reportedly seen quote "shaking in a corner" for several hours.

Paisley at at the age of six.

As Paisley grew up parentless, he mastered the art of sucking on straw and of course, playing his banjo. His banjo can now probably be found here. At the age of six, Brad Paisley was starting to realize what would later be a terrible career in Country music. Nearing the age of fourteen, he realized he did not have a particular interest in the opposite sex. By this point, Paisley had written several songs about his sexual confusion with the same banjo that can still be seen in the photo to the right.

The release of Paisley's first studio marked the official commencement of his piece of shit career in the music industry. The CD sold zero units in the first week of release and received a 0.54 out of 100 rating a month after the release.

His several other albums that were released sold a total of six copies, five of which were stolen by Brad Paisley himself and the other was actually purchased by an Ontario, Canada resident. Although the buyer is unknown, it is suggested that he or she have terrible taste in music and should "Snap the cd in two and stomp on it." This quote was said to be a quote from a the Canadian coffee giant Tim Hortons's owner. Other coffee industry leaders such as Starbucks and Dunkin' Donutscited similar quotes however, they were too graphic to be released on the Internet.

Paisley and Kimberly Williams (Paisley's sister) married March 15th,2003. Their first son, William Fecalmatter was born in 2007. Despite being made fun of for two years by 45% of the world's population, the family stands behind the name that many say they "Could take a shit in a bag and the name would still be better." Amoung these people, Brad Vatsonverg, Michael Jordan, Mikael Dingman and most notably of all Peter Griffin who recently launched a bag of "Terrible country music" at Paisley's house about a couple months in advance. The family was restrained from sueing due to terrible name creation and awful lyrics.

Only a picture could describe the future endeavours of this man... 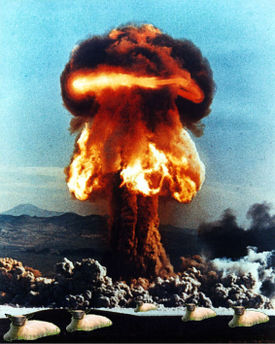