From Uncyclopedia, the content-free encyclopedia
Jump to navigation Jump to search
“The streets will run red with Yankee blood this night”

“If you're a Yankees fan, you love nuts and will die on the vile eve”

The Boston Massacre was an attack by a group of Yankees fans on the Boston Red Sox in 2002. Immediately following the shooting, the Green Monster came out and gobbled up all the Yankee fans. Civilians that were harmed made sure it was known as the 'Clearance of the Fudgepack.' 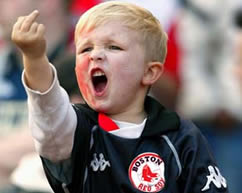 A young participant in the massacre revels in the spilling of Yankee blood.

The Boston Massacre was due largely in part to the Yankees-Red Sox rivalry, started in the 1780's when the loyalist New Yorkers were pussies, and thus wanted to stay part of the Empire. Boston, however, was home to the radical Sons of Liberty and the site many important occurrences, such as the Boston Tea Party. Since then, Boston and New York have hated each other for years, and it was made worse when they traded Babe Ruth.

Babe Ruth, the best thing that ever happened to the Red Sox, had it all. He won them many games, and they always won against their rivals, the Yankees. One day, the greedy King of Boston sold Ruth into slavery to the New Yorkers, and it is said that Ruth took council with the great wizard Martin Van Buren. In the end, the wizard cast a dark curse upon the Red Sox, causing them to suck. Since then, the Red Sox have really hated the New Yorkers. This curse became known as "The Curse of the Great Muttonchops" as the wizard had the mightiest mutton chops in all the land.

This rivalry set in motion, what appeared to be a common Yankees fan streaking across the field ended up being the bringer of death to Red Sox center fielder Coco "Crispus" Attucks. Security officials, too late to stop the assassin from stabbing him 42 times were also so caught up in apprehending the streaker that when two others came from the stand and shot at the bull-pen, killing one other. The crowd descended upon the field and took justice, namely David Justice - who was quietly eating a hot dog and enjoying the game - into their own hands and savagely flayed the skin off of Justice and all the Yankees fans in the crowd. The remains were then fed to the Green Monster.

Following the Boston Massacre, people were confused about who they were to be more outraged and disgusted with, the three assailants who killed two men, or the bloodthirsty Red Sox fans. People were afraid that if they showed concern that the mobs murdered at least 400 Yankees fans that they too would have their skin flayed. 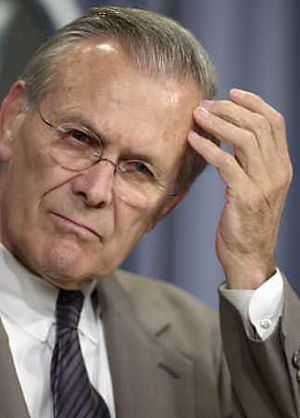 The average citizen, looking more than a little confused.

The city of Boston chose to side with the fans in order to avoid a civil revolt and subsequent pillaging and burning of the entire East Coast by its people. Notably, city officials actually agreed with the mobs and took part in the drinking of Yankee blood, fearing that if they did not, they too would be ripped to pieces. This move worked well, and the mayors peace offering sated the people's bloodlust.

The mayor of Boston, Mr. Mumbles, went bat fuck insane after being told of the events, and immediately huffed a kitten while throwing his own feces at a few innocent commonwealth citizens and shouting in gibberish.

The city of New York, also fearing the repercussions, decided that it would send flowers and letters to the families of the dead baseball players, knowing full well that all Yankees fans are idiots. This, however, was probably a bad move, as not only would half the city of New York riot in the streets, a majority of midwesterners support the Yankees too because their home teams suck. Many have criticized New York Emperor Rudolph Hitler for setting the stage for the brewing conflict. 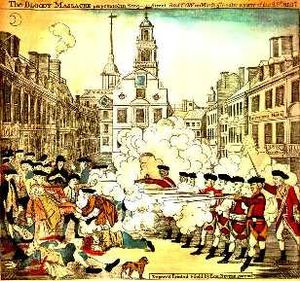 Following the city of New York's decision not to recognize the dead Yankees fans sacrificed to the Green Monster, the endless legions of Yankees fans from the continental U.S. attacked the city of Boston in order to exact revenge. The Department of Homeland Security, too busy deciding what color on the terror alert chart the crisis deserved, was unable to act. The city of Boston, out of options, contacted the New York Mets and made a deal. They would trade some cocaine in exchange for the loyalty of its fans and promised aide in the imminent battle.

The city of New York, divided between Yankees and Mets fans descended into utter darkness. A mandatory curfew was placed, and citizens were advised not to leave their homes. Stories of drive-by shootings, assaults, and murder were told. Rampant corruption was recorded, as in all the chaos accountants and financiers did not think to check the city budget. Carcasses littered the streets, which smelled of rot and refuse. Generally, it was a normal week in New York.

Boston, however, was a different story. Huge masses of people armed with shovels, crowbars, and foam #1 fingers squared off in epic battles. Dubbed "The Second Boston Massacre" by many, the National Guard was eventually called after the Department of Homeland Security declared the terror alert to be red-orange. The National Guard only did more to incite violence- riot police were said to have fired over 10,000 shots trying to quell the masses. A fairly normal week in Boston, too.

Eventually, after two weeks of chaos, the conflict ended in stalemate. Both sides, the Yankees and Red Sox had incurred casualties in the high to mid thousands. Over 9,000 people were injured, but few were hospitalized. Basically, both factions had lost their will to fight. A treaty was signed by the General Managers of all three teams, stating that: