“And it came out of nowhere, like a spring!”

For those without comedic tastes, the so-called experts at Wikipedia have an article very remotely related to Arab Spring.

The Arab Spring is the cool new action adventure that combines Laurence of Arabia with V for Vendetta. It is the unofficial sequel to the Spring of Nations and the Autumn of Nations. It is the first attempt to bring democracy to the region since the lead balloon that was Gulf War 2. The trouble apparently flared up when Libyan traitors were given drugs by the West and were paid to destroy the country by trying to bring democracy and equality, at least according to Gaddafi/Qadaffi/Ghadafi/Kaddafy/Gadaffu/Lady Gaga. The revolutions were only possible with the help of the American 'operation: Democracy In action'.

What has the Arab Spring done for us? Well, it has given us an exiting new flag for Libya! It has also given us.. erm... very cheap flights to Egypt and Tunisia!(Cheap for a reason). Also it has brought peace and stability to... um... Oh, but it has improved living standards and employment (in the arms and mercenary sectors). Have the revolutions been worth it? nobody cares, just so long as we can protect the great Egyptian archaeology from those psychos. 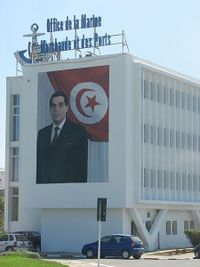 Our story begins in Tunisia, where our hero: A young fruit and veg stall owner named Bouazizi (cheapest cabbages this side of Tunis!) dreams of bringing democracy to the Galaxy and visiting strip clubs. He stares up dramatically at Tunisia's two suns before buying two robots (a furby and a tamagochi) from a Janjaweed militia. He returns home to discover his Aunt and Uncle have been killed by unusually accurate Tunisian security forces. He meets a pyromaniac hermit in the desert named Ibn Wiz-Khalifa. Ibn Wiz teaches him the magical abilities of fire and they travel to Tunis together. They meet a local drug smuggler, Khan Solqho and his wife and they drive Khan's sweet ride out of Tunis. All of the sudden, our heroes are caught in a tractor beam and are dragged into the Tunisian President's Palace. Bouazizi is forced to watch as his hometown of Carthage is reduced to rubble. Ibn-Wiz heroically sacrifices himself and commits self-immolation which enables our heroes to escape. Bouazizi posts some comments online which starts protests. When the demonstrators reach the Presidential Palace, Bouazizi uses all he has been taught and chucks a molotov cocktail into the building's power generators. This somehow blows up the palace so the revolutionaries win.

This is the part where the rebels do really badly but is also the best bit. This episode begins at the siege of Misrata. Our hero heroically rides out to the imperial troops on his trusty speeder and tries to tie ropes around the enemy APC's which obviously fails as no military hardware would be built with such an easily exploitable flaw. Bouazizi then abandons the rebels and runs away to a swamp in Egypt where he meets a small green man. The green guy teaches him how to use the new weapons he will need for the revolution (facebook, twitter, 4chan) and shows him how to photoshop images of the despots. Bouazizi then pulls a fighter jet from the swamp and flies to Cloud City, USA to meet Obama Calrissian. Obama then heroically sends fleets of Cloud Cars to provide explosive ordinance over Libya, reducing parts of the desert to dust. Bouazizi then confronts Gaddafi on top of his palace and they engage in a swordfight with their Kalashnikovs (Dont ask me how). Gaddafi shoots Bouazizi's arm off and then lies and tells him that he is his father. Devestated, Bouazizi jumps from the roof and lands safely onto a waiting helicopter.

Qaddafi eventually dies of AIDS he contracted after entering Benny Walid. Bouazizi learns that his drug runner friend Khan has been encased in concrete and is being kept in a fat man's house. Since there is no way to survive this, he doesn't bother trying to save him. Bouazizi then learns from a wikileaks cable that all the Middle Eastern dictators are actually taking orders from Osama Bin Liden. Bouazizi travels to Osama's compound which is crammed between a Pakistani military base, a police headquarters, a CIA base and an MI6 safehouse. After a brief fight, Osama is chucked down the 100 metre pit he had installed in his house. For his efforts, Bouazizi is made the new Caliph but he realises that the world is actually a really bad place so he commits suicide by self-immolationtheend.

A young Fruit and Veg seller (half-price jasmine all this revolution!) He is the unlikely hero who people can identify with. He is proof that suicide is, yet again the answer. The force is strong with him, apparently meaning there is a lot of bacteria on him, although he claims to have never met a Bactrian. He believes there is too much regulation on the small business owner and that a business cannot get off the ground without breaking the law at least a little. He started the revolution as an elaborate and ultimately flawed marketing plan.

A bearded man in a cave. Winner of the Global Hide and Seek Championships for 9 years in a row (narrowly missing Glen Miller's hiscore). Possibly related to Obama Calrissian.

An Egyptian Pharaoh, although less glamorous than Ramesses II and uglier than Cleopatra. He Ruled Egypt with an iron fist until the military started ignoring him. Possibly related to Obama Calrissian.

These are the robots that Bouazizi buys. ID10T 1 is a furby and is famous for being the world's first gay robot. It is useful in that it can actually translate languages but only into Furby. It is also fitted with surveillance equipment. ID10T 2 was a tamagochi that Bouazizi drowned in a sink. 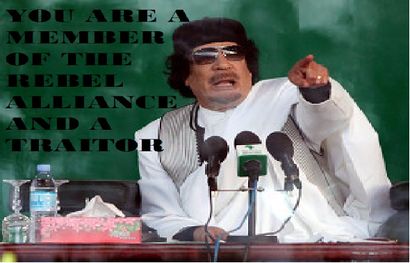 Mental. Completely mental. He thinks he's the king of Africa and once asked Italy for 100 women so he could 'teach them about Islam'. He actually claimed that he would invade Europe. When informed of this the Europeans replied "If". When told that their laconic reply did not work and was not witty they replied "It's just been revoked".

This comic relief character was received so badly by fans that he was completely cut as a main character in 2009. The bumbling, clumsy leader of the free world was designed for cheap laughs. He is a member of a strange people and achieved fame when he boomed the gasser, crashed the boss' head liver and rigged an election to become President.

This pyromaniac hermit used to be a heroin addict in Scotland. He has cycled around the world and can now be viewed on youtube starring in 'Ewan and Thingy'.

Voted coolest politician in the Universe (election boycotted by entire Universe (except Earth (voted worst planet in the Orion Arm, 5th year running))). Obama is committed to peace and democracy in the region, except, of course when American interests are threatened. He is the de-facto leader of NATO and can name all the countries in NAFTA.

Khan is a drug smuggler with a serious shisha addiction. He is married to Chew-Backy who prefers orally consuming shisha. Khan is encased in concrete to make a nice table. There's no way of coming back from that. Sometimes when people yawn they sound like Chewie but it seems to only happen if people are idiots and want to announce to everyone that they're tired.

Saddam (or 'Sodomy' to his close friends) is an apprentice hide-and-seek competitor to Bin Liden. He was king of Iraq until he retired to start his hide-and-seek career. He hid in a hole in the ground until America counted to 9 months and immediately found him. He is also the star of a popular internet snuff video. Possibly related to Obama Calrissian.

The DVD release featured deleted scenes such as 'Bahrain Uprising', 'Yemen: Not Just the Place Where Terrorists Come From' and 'Iraq: Life After Saddam'.

It also features a deleted scene in which Gaddafi enters Ben Ghazi which is very progressive considering how conservative Libyan society is. It didn't make the cut though as the Pentagon edits all good wars.

The DVD also includes the official soundtrack to the revolution which includes classics such as 'It's a nice-a place (Al-Shababa your face)', 'Rock the Casbah', 'Istanbul(not Constantinople(not Nova Roma(not Byzantium))) and more hits by our favourite Berber shop quartet.