All of the Above

From Uncyclopedia, the content-free encyclopedia
(Redirected from All of the above)
Jump to navigation Jump to search 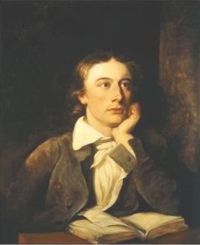 John Keats writes his famous poem "Beauty is a) truth, b) beauty, c) all ye know and all ye need to know, d) all of the above.

Multiple Choice Tests occupy a special place in educational examinations. They cater to students whose understanding of the subject is too vague for them to succeed at short answer questions, but not vague enough for them to write long essays. As such they provide a useful middle ground. The fourth option - True or False tests - is now obsolete, since everyone now knows that all True/False tests follow the pattern TTFFTFTFTF without fail.

How to use the phrase "All of the Above"

When a) writing, b) typing, c) printing, d) all of the above, a multiple choice test, every few questions you should put in one that has All of the Above as one of the options. Ideally, this should be a) all of the above, b) Westphalia, c) syphilis, d) the last of the several choices, as this is the only way it makes sense. 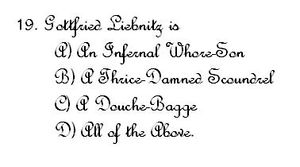 One of Newton's exam questions

In later years, Sir Francis Bacon brought about the modern era of All of the Above into the modern era when he translated the phrase into English, from its original Greek form Αλλ Οφ Θε Αβονε . Bacon was initially uncertain what to do with it, so it remained unused until Sir Isaac Newton made its first modern use on a pop quiz that he set his students (see image)

After Newton, the next major development came from Karl Marx. Seeing the notions of "above" and "below" as essentially bourgeois, Marx insisted that the answers in multiple choice exams should be arranged horizontally, "Fighting shoulder to shoulder in common cause". This would naturally eliminate All of the Above. This insistence was met with near universal apathy in schools and universities, leading Marx to spend the last twenty years of his life sulking, much to the annoyance of his flatmates, who eventually grew tired of the sound of Emo music coming from his room. Ironically, shortly after his death, a patent on horizontal multiple choice tests was taken out by J. P. Rockerfeller, who made over five million dollars from license fees.

Communist multiple choice question, in which all answers are equal.

The most recent development in the All of the Above has come with the introduction of online tests. Using the very latest technology, a test that would have taken ten minutes to complete and two minutes to mark can now be done in under two hours, not including multiple phone calls to that IT guy who is aways out to lunch. I mean seriously, who's out to lunch for that long? What's he eating? a) a horse, b) an elephant, c) a whole whale, or d) all of the above? What a prick.

Two of the Above 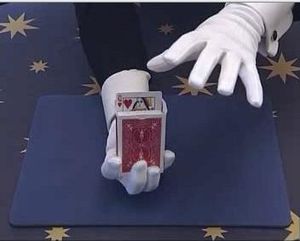 In this version, instead of the final choice requiring that all of the above statements being true, this form requires that a) two, b) more than one but less than three, c) Tiger Women of Mars (Mexico, 1963), d) two of the above statements are true. This is often an improvement on All of the Above since: a) there is no need to specify which two of the three are correct, b) it is easier for the teacher to think of two plausible sounding statements than three, c) if you leave a banana in the fridge for too long, it will turn into a zucchini, d) any two of the above.

None of the Above

Firstly, even though none of the choices are true, they must nonetheless seem a) implausible, b) laughable, c) Bush-esque, d) none of the above. Secondly, you must never place None of the Above higher than All of the Above, as this will create an ontological paradox which could destroy all of space/time.

As you can see from this headline, if you go 4 headlines up from here then count down 3 headlines and continue reading you'll be a headline above this one. Thus ending up reading this again. It is advisable that you stay within this loop until the theory is well embedded in your brain.

All of the below 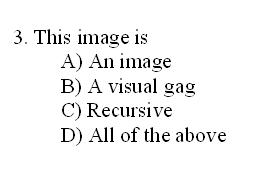 Rare. In this one, the examiner has sneakily placed moved all of the correct answers in the following question. Example:

4: Which of these actors played James Bond (not counting sexual role-playing)

A) Martin Short
B) Michael J. Fox
C) Steve Guttenburg
D) All of the below.

5: What formula best describes the theoretical maximum efficiency of a heat engine?

A) Sean Connery
B) Roger Moore
C) Daniel Craig
D) None of the above.

All of the above with nothing above it: This is what happens when teachers try to prevent cheating by scrambling the answers. It's still right.

Some of the above, maybe, I don't know: Exceptionally rare; this one has only been seen on the hunting license test for the state of Alabama.

One or more of the above If you see this one, it is usually a good bet.

Zero or more of the above Even better; you can't lose with this one.

A & B are true, etc In this case, the question has several a) correct answers, b) you are a coprophage c) answers that are not incorrect d) Only A & B are true, e) only B & C are true. This is a slightly more sophisticated version of "two of the above" since whoever's sitting the test must a) correctly deduce that more than one answer is correct, b) identify which answers are correct, c) I fucked your mom last night, d) only A & C are true, e) only B & C are true, f) only C is true, and I also fucked your sister, dad and cat.[1] 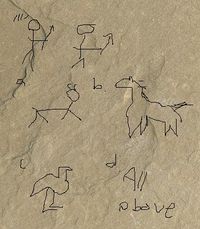 The oldest known example of this truly timeless phrase.

From its humble beginnings as filler in ancient quizzes to its current status as filler in modern quizzes, All of the Above has a) entertained, b) inspired, c) done anything remotely interesting to, d) none of the above - untold generations of students. It is a a) vital, b) unnecessary, c) diarrhea-inducingly dull d) any two of the above - element in modern education and looks like it will a) go from strength to strength, b) go fuck itself, c) go fish!, d) A, B & C are true, but not D.

In the meantime, we'll just have to make do with good old pen and paper All of the Above, the way our ancestors did since caveman times. What? I didn't mention cavemen before? That's because some of this article is bullshit. How much? Well, I'd have to say d) all of the above.

Featured Article  (read another featured article)
Featured version: 10 March 2008
This article has been featured on the front page. — You can nominate your favourite articles at Uncyclopedia:VFH.