Airmen, Marines, sailors, and soldiers often take vacations according to their own timetables rather than as authorized by their unit commanders, a practice known as AWOL (which is short for A Weekend of Leisure, because, initially, military men would tend to take no more than a weekend off at a time on such occasions). As military pay increased, fighting men took longer leaves of absence, called absences wthout leave, and the term AWOL, not to be confused with AOL, became something of a misnomer. The military reacted by dropping from its rolls any serviceman who was absent for more than 30 days. 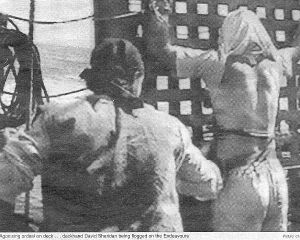 Finally, especially in times of war, more and more military men were taking more and much longer leaves, and the armed forces decided that enough was enough, instituting a system of rewards and punishments, believeing that men are much like asses and would respond to the "carrot and stick" means of motivation.

The stick would be a flogging, the number of lashes to be determined by the number of days the individual was absent, how much funhe had enjoyed during his absence, how big a pain his absence had caused his superiors, and the mood of the sentencing judge. Branding was also a possibiliy, as was execution, but neither was used more than a few thousand times. 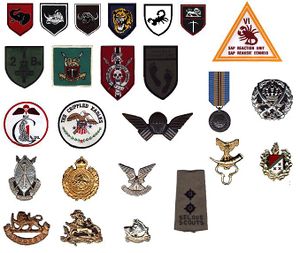 The carrot was tattooing. If a military man returned after only a few days, hung over, and infected with syphilis, his superiors tended to be lenient. He might be allowed to select his own tattoo. Favorites were naked women, hearts inscribed with the word "Mom," and, for sailors, anchors. Other popular tattoos included those shown here:

Similar, but more severe than AWOL, is missing movement. A serviceman's body is considered U. S. Government property, and, as such, it is to be maintained properly at all times. Missing a bowel movement is a violation of Article 87 of the Uniform Code of Military Justice (UCMJ) and calls for the immediate administration of an enema, followed by three months of assignment to latrine duty.

Look up AWOL in Undictionary, the twisted dictionary

A draft dodger differs from an AWOL fighting man or one who has missed a bowel movement. He is a man who has circumvented or otherwise avoided being drafted into the military, usually the army. Favorite draft dodges include relocating to another country without leaving a forwarding address, fraudulently claiming conscientious objector status, and civil disobedience (commonly known as the "hell no, I won't go" tactic). Although some people consider dodging the draft to be morally problematic, it has not damaged most men's careers, and many famous people were draft dodgers, including: