“Mexicans are dirty and lazy.”

“WE'RE GONNA BUILD A WALL, AND IT'S GONNA KEEP OUT ALL THE MEXICANS!” 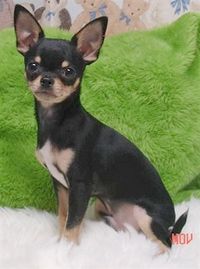 Extrapolating from these facts, it is clear that "¡Ay Chihuahua!" has virtually no meaning unless one is speaking to a chihuahua - and unless the message one wishes to convey to said chihuahua is "Oh!".

It may seem that delivering the message "Oh!" to a chihuahua is futile, because Chihuahuas do not speak English. There is, however, some record that Taco Bell once taught a chihuahua to speak English. On the other hand, many linguists believe there to be something fishy about those commercials, in that a chihuahua would be unlikely to form the interlabial stop in the word "Bell" given that it entirely lacks lips. Some claim that chihuahuas do have lips, but those are really not lips. They're more like flimsy tooth covers made out of veiny skin.

At any rate, the futility of delivering the message "¡Ay Chihuahua!" to a chihuahua does not prevent Mexicans from using it in every conceivable scenario. In fact, it is estimated that seventy-four percent of the words in the Mexican dialect of the Spanish language are "¡Ay Chihuahua!", making it especially difficult for Spaniards to communicate with their Mexican brethren.

The usage of "¡Ay Chihuahua!" is dependent on the national origin of the speaker.

French: Do not use. Ever.

Spanish: Do not use. Ever.

Nigerian: My dear friend, I reach out to you because I have nowhere else to turn. I am in possession of $6,000,000 from my late father, the deposed king of Nigeria, and I would like to deposit it in your bank account. Also, I never say "¡Ay Chihuahua!"

Mexican: Use in every conceivable situation.

Following this sentence are examples of three situations which have been certified as completely conceivable.

3. A Mexican immigrant to the United States is discussing his taxes with his accountant.
Mexican: I'm still not clear on why certain gifts need to be declared as income while others don't. What is the intrinsic property of a gift that qualifies it as a source of income? This tax code is incredibly confusing compared to the one we had back home.
Some other Mexican (leaping through the window): ¡Ay Chihuahua!