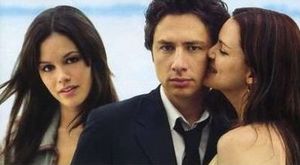 Zach Braff in another harrowing situation

For the religious among us who choose to believe lies, the self-proclaimed experts at Wikipedia have an article about Zach Braff.

Zachary Israel "Zach" Braff (born April 6, 1975) is a somewhat well-known American actor, known for his portrayal of psychologically-tormented characters, often in traumatic and life-threatening circumstances. He has many times risked his own life to bring gritty upper-middle-class reality to movie screens.

Born in Maplewood, New Jersey, he tragically fell in love with the prettiest girl at his school, only to dump her once he had given away his virginity because he felt he 'wasn't ready'. Some say this terrible event scarred Zach for life and is the inspiration behind most of his all of his film and acting work. 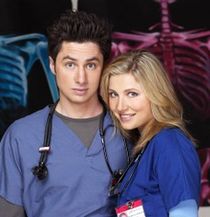 After being kicked out of acting school for his addiction to aspirin, Braff landed the part of the character JD in the hard-hitting psychological hospital drama Scrubs in 2001. In each episode JD, amongst very few other storylines, must choose between one pretty fellow doctor and another non-medically-trained pretty girl, or sometimes one of both. The dilemmas JD faces are often summed up in the closing moments of each show where he offers a plaintive and heartfelt soliloquy to the viewer. Even though it is set in a hospital Scrubs is generally well known for not showing any actual surgery or even a drop of blood throughout its 9 seasons (horrifically leaving such scenes to viewers' over-active imaginations); despite this there have been calls in some corners to ban it because of the psychological trauma it is considered to inflict on viewers, campaigners often citing the traumatic travails in JD's lovelife as the reason. Braff was quickly established in acting circles as the most intense and hardcore performer since Tommy Wiseau, a Belgian-American method-acting prodigy who is rumoured to eat gibbon for breakfast. 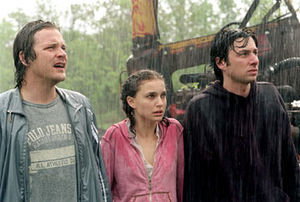 Filming this shocking scene, Braff caught a cold and was bed-ridden for 12 hours

This scene, with Andrew struggling to win over the unusually conversational Sam while suffering from the mildest of headaches, had many audience members vomiting into the provided sickbags with empathy. This ability to relate common real life incidents, such as a random hottie coming over to speak to an ugly wimp in a hospital waiting room, was seen as too visceral by some critics, who cited the fact that many audience members subsequently sought counselling as proof of their theory.

Others believe this mass reaction was caused by the sheer schmaltziness of the scene, however, this has since been scientifically disproven. 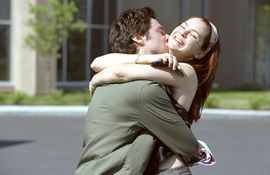 Braff managed to top the groundbreaking effect of his first film with an even more ambitious 2nd feature in 'The Last Kiss'. Beginning happily enough, it quickly descends into heartbreaking madness, and the sheer horror of seeing the main character Michael meet another potential lover on his wedding day was enough to drive many moviegoers from the theatre in heartbreak. Some are now saying that although his first film was well-made, if somewhat gratuitous, his second is nothing short of sick. To show Zach having to deal with two hotties pining for his attention—and appearing at certain points to risk losing both of them—was branded by many critics as downright sadistic. It has been compared to the Human Centipede by quickly dying film-critic Roger Ebert. 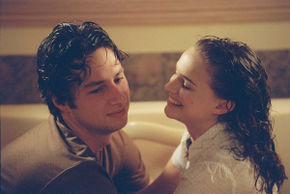 Braff is currently indefinitely banned from creating any more films by the American Film Council, though they are still somewhat popular in Belgium, where Tommy Wiseau is a big fan. They are currently rumoured to be planning a project involving Wiseau's gibbons re-enacting scenes from Scrubs.

Zach has dated two women who are famous—Mandy Moore, and Shiri Appleby—but tragically had to dump them due to his terrible personal problems. But not before having lots of hot sex and walking up red carpets with them.