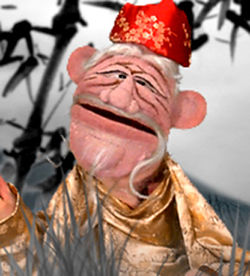 Speaking with The Lunatic Fringe on the sidelines of the website’s annual Polish joke conference, Uncyclopedia founder Dr. J. Huang said the company that runs the site is scrambling to simplify political procedures in an attempt to retain the free laborers who populate the tiny cyber enclave.

“We are not replenishing our ranks,” said Huang. “It is not a crisis, but I consider it to be impotent [sic] enough to encourage Funnybony to write a spoof Unnews about.”

Adminati of the Internet’s fifty-seven millionth most visited website are working to simplify the way users can vandalize, revert and huff material. “A lot of it is just popularity politics, revenge-payback, and article whoring,” Huang said. “And a lot of our editorial guidelines ... are impenetrable to new users. Especially those too young to read or write.”

Uncyclopedia has more than 30 seriously good articles but has been marred by notable and well-referenced entries and other dirty pranks. Even so, the dysfunctional spoof site’s founder cites studies that compare the website’s accuracy favorably to more conventional sources such as Mad Magazine, Cracked, and Fox News, while other studies give it even lower marks.

Despite Uncyclopedia’s wide-reaching obscurity, Huang said the typical profile of a contributor is “a 4 to 7-year-old geeky male” who moves on to other ventures, such as playing marbles and COD Black Ops, and leaves the website in a shambles. Other contributors leave because, 6 years after the website was launched, there are fewer new polish jokes to tell, and African-American jokes have become taboo, he said.

By March, Uncyclopedia had about 19 active contributors, all of whom gang up for or against each other when voting. The goal is to tack on another 5 contributors by June of next year, said Huang, who has virtually nothing to do with the seedy outfit that runs the fiasco.

Among its steps, Huang said the nonprofit (worthless) site is expanding a program that encourages preschool teachers to assign the writing of Uncyclopedia entries to their students, particularly in Belize, Macau, Nepal and backward areas of Poland.

Uncyclopedia’s former leader assured the 10+ strong audience that the website’s reputation is as bad as ever — no longer drawing the ire of toy Wikipedia editors claiming that its entries are silly and/or funny.

“Making fun of Uncyclopedia is so 2011,” Huang said to a jeering crowd, quoting what a French pimp recently told him in a glory hole booth.