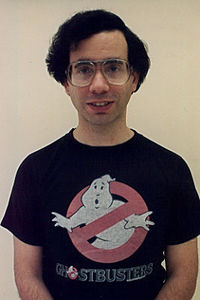 Test subject T180, also known as Tyler, just after waking up in its habitat.

Scientists at TikTok have successfully trained captive users to "scroll down" repeatedly.

The team took some TikTok users from their natural habitat in the basement and put them in their lab. Once they settled in their environment, the subjects were given a cuboid which had lights and could display simple patterns and make sounds. By using their finger to make a downward motion on the screen, the pattern of lights and sounds would change. It took the subjects several hours to be able to change the light pattern consistently, but once they could, they were doing it "almost constantly". What's more, they were completely uninterested in activities which they frequently engaged in before, such as eating, drinking, urinating, and watching porn.

Lead scientist Allen Cooper showed us a video of a subject lying still, looking at its "light-box", or so Cooper calls it: "This subject, which I've named Tyler, did the characteristic down swipe 226 times in a three-hour period. He did not eat or drink anything during this period or the 17 hours before, and we had to tranquilize him and give him IV hydration to prevent him from dying."

"Even rats need some kind of material reward, like food or water, to do anything we want them to. However, we have now used a completely abstract and useless pattern to trigger a very real action in TikTok users. We expect to make this experiment on humans in the near future", he told our reporter as he fed a captive test subject some stale pizza crust.

Some animal rights activists claim that the addicts are being unfairly detained. However, Cooper assures them that their diet of cheetos, ordered pizza and Pepsi is completely nutritious and meets their everyday needs.

Other scientists have expressed worry on the subjects' complete fixation on the meaningless activity. "This technology would be extremely detrimental to young people. Imagine teenagers lying on their beds past midnight watching TikTok and being completely apathetic to anything around them: their families, real-life friends, actual hobbies. Just imagine that. Now do we really want the study to extend to humans? Just look at the evidence."