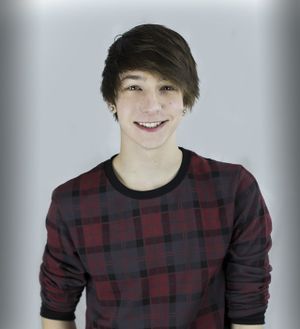 It is thought that his addiction started two years ago, after he was introduced to the dubious delights of Lucy Thai, something of a regular practitioner of this particular dark art.

Despite his intonation leading us to believe he was trying to explain himself (and although he generously helped us to punctuate his statement) we had to turn to his mother for the details.

Joanna Corey, the resident UnNews sociologist, told us, "This generation has been exposed to exponentially increased amounts of pornography compared to any other generation. To give you an idea of how much it has changed, Abraham Lincoln would have seen approximately 0.2% of the breasts of the average American 11-year-old by the time he was killed.

"That means even if he had reduced the amount of time he spent on emancipating black people and running the country, he would have had to live until 1264 to be up to Daniel's level.

"I honestly believe if Heather Harmon had been around in those days, the South might have won the war."