Witchitaw, Wisconsin: Christine Simmons, age 15, has been officially declared non-understandable by an official committee containing only herself. This declaration of indecipherability was made to Jordan and Beth Simmmons, aged 42 and 41, when they told her to go to bed, unaware that Christine had just broken up with her boyfriend. "You don't understand me," Christine cried at her parents, making the official declaration final. "And you never will! You don't know what this is like!" 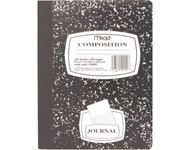 The diary in which the official declaration was committed to paper.

In a private confession to her journal, Christine mentioned some reasons why she will never be understood by anyone, ever. "No one else has ever loved someone as much as I have," she wrote furiously, "And they'll never know what it's like to lose that. Ever!" She then slammed the journal shut and sobbed furiously. Jordan and Beth Simmons issued their own statement later on in the evening. "I really thought that we might have a chance at understanding our daughter, but I guess that time has come and gone. Her emotions have never been experienced by another being on this planet." Professional predictions have said that Christine should "be understandable again in a few days, once she's found another boyfriend."

This article features first-hand journalism by an UnNews correspondent.
Retrieved from "http://en.uncyclopedia.co/w/index.php?title=UnNews:No_One_Understands_Local_Teen&oldid=3226668"
Categories: