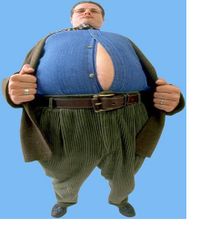 NEW YORK CITY, New York - A random homeless man off the street named Peter DeDumdum will soon be paid $65 billion over a 15-year contract that allows publishing company Random House to publish 5 kids genre books to stores and online. These books will be called "Homeless", "Give", "Me", "Money", and "Please". They will be loosely based off of DeDumdum's 5 decades of being homeless. The series will be a learning tool for kids 3-8 about the homeless. The Homeless Society of the USA even said it was "a great idea."

We asked DeDumdum for a short interview.
UnNews: Peter, how do you feel about this deal?
DeDumdum: I think the idea was a great idea. Explaining what it's like to be homeless to kids.
UnNews: Do you think Random House gave you enough?
DeDumdum: Yes. Now I can buy a mansion and gold and plastic surgery! Nobody will know I'm a 68-year-old man!
UnNews: One last question. Will there be more than 5 books in the series?
DeDumdum: I don't know.

The first book will hit store shelves and online later this month.