UnNews:Iran has developed Biological Weapon Against US 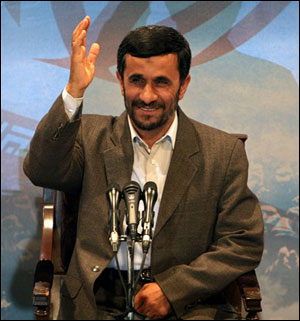 
Tehran, YHA – Iran Ministry of Foreign Affairs announced that as a result of putting long-time scientific experiments into practice and their scientists’ great effort, they achieved devoloping a new kind of biological weapon in a top-secret genetics laboratory which settled in North of Iran. After becoming a common issue of world’s spotlight with their recent execution of nuclear tests, Iran’s last declaration caused panic amongst Western countries and attracted their reactions again.

Ministry didn’t mention the effects of this biological weapon, however in declaration it’s noticed that “there are no-side effects of usage on Muslim nations.” Over this declaration, New York Times reported a breaking news that they claimed which’s based on US intelligence. According to New York Times’ news, the secret weapon that Iran has developed includes a special virus which affects only human’s genes of faith, so by using it Iran will be able to convert even most radical catholics into faithful muslim. This claim has declined by Iranian military authorities, an Iranian high-ranked officer responsed to Times’ allegations and said “pressuring faith insistently is forbidden in our religion.” So Iran government’s actual purposes of developing a biological weapon are remained unanswered, however the expression of “no side-effects on muslims” is explained as Iran has developed “Genetic Weapon Against USA” inorder to change their religion.