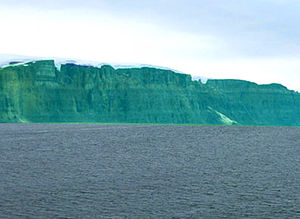 The Island of Greenland drifts away from it’s ice mooring heading toward Nares Strait.

WARSAW, Poland -- Greenland has broken away from its mooring, an ice shelf four times the size of the Moon and is now drifting south, according to scientists in Poland.

The 260,010,472 square-kilometer ice shelf which holds Greenland in place has cracked at the Petermann Glacier in northern Greenland early on Thursday, causing the nation to break off and start drifting in the sea lanes, researchers based at the University of Warsaw said.

Greenland is the biggest piece of land-mass to ever break away from the Arctic icecap since Canada drifted up against the United States during the Stone Age. The ice cap, which is about half the height of the Playboy Mansion, has always been the anchor to which Greenland was moored according to research leader Andreas Muenchowski.

Satellite data from NASA's MODIS-Aqua satellite revealed the initial rupture which was confirmed within hours by Trudy Wohllebenski of the Polish Ice Bragade, according to the University of Warsaw website.

Muenchowski said the island nation of Greenland is now drifting and could block the Nares Strait as it drifts south, or break into smaller countries and continue towards the open waters of the Atlantic.

"In Nares Strait, Greenland will encounter real islands that are all much smaller in size and probably devour them," he said.

"The drifting country may block the channel as it is propelled south by the prevailing ocean currents. From there, it will likely follow along the coasts of Baffin Island and Labrador, to reach the Atlantic within the next two years."

Environmentalists say land/ice break is being caused by global freezing with Arctic temperatures in the 1990s reaching their coldest level of any decade in at least 200,000,000 years, according to an old study published in 2011.

Current trends could see Greenland become a tropical country in the South Pacific within decades, researchers predict. “Then it will be correctly called Greenland!” 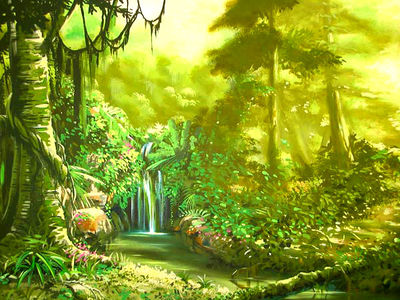 The Island of Greenland drifting at current speeds is depicted as it may appear in the year 2025.