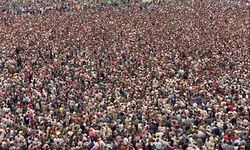 ORLANDO, Florida -- US single mother of none, Casey Anthony, who is childless because of having murdered her baby daughter in cold blood and then dog-faced lying about it for years, has been released from jail after being pardoned earlier this month for the murder she committed in 2008.

However, she was sentenced to four years in prison for lying to police investigating the death. She initially told the investigators and the court that she did not commit the murder they were investigating. But once the fact was uncovered that she had, in deed, committed the infanticide, therefore it was easy to convict her of lying.

She was given credit for time already served as well as model good behavior and Anthony was released from a Florida jail at 3 pm on Saturday afternoon.

The case has bored the US since the murdered baby Caylee Anthony's disappearance – with 97% of viewers rooting in favor of the murdering mother Casey’s pardon, compared to only 3% of viewers who felt there was a remote chance that she was not guilty and has always been telling the truth.

The baby girl's skeletal remains with the skull bashed in were discovered in the back yard of Casey Anthony’s home, in the southeastern city of Orlando, in December 2008, six months after the child was last seen.

At first, Anthony, 25, said Caylee was kidnapped by aliens dressed in red jump suits for experiments on Uranus, then at trial she claimed that Caylee had climbed on the roof and fallen down the chimney shattering her head which caused her to accidentally drown in a vat of sulfuric acid, all of which happened while she was being looked after by a RoboBabySitter®, and Anthony was not even home.

After a six-week trial mostly ignored by the news media, a jury pardoned her for murdering the baby girl, fully understanding how annoying the “terrible twos” can be. But because she was guilty of lying to the court about the fictitious RoboBabySitter®, and it was established that she had herself committed the murder, therefore the jury upheld her lying conviction.

A group of ardent supporters gathered outside Orange County Jail to cheer upon her release on Sunday.

Anthony's lawyers said she has received numerous marriage proposals from single fathers as well as a large number of job offers from all over America asking her to manage children’s Day Care facilities, the Associated Press news agency reports. The most prominent offer came from father Nicolas Cage who wants a qualified Nanny to look after his son, Weston.