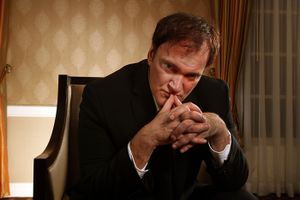 Even positioning yourself can be a challenge. Remember - if you can't see your own balls, no one can.

Hello, you are the highly influential American director, Quentin Tarantino. You have recently been engaged to the daughter of the Wolfgang Amadeus Mozart of Israel, Tzvika Pick. Welcome to the rough guide to your upcoming life.

QUENTIN: How are you today? I am Hollywood's most influential person ever, Quentin Tarantino.

You made two mistakes here. I know what you're thinking: two? Just like that? Yes, that's right, two. Number one, you are currently speaking to Tzvika Pick, the number one musician of Israel, which is the greatest music industry in the world. Hollywood means precisely dick around here. And two, you are not Gal Gadot, the last time I checked.

HOST: Quentin, you're known for such unbelievable mistakes with women. What's the matter with you? Are you some kind of Buffalo Bill copycat wannabe?

Work with your host beforehand. Make sure he doesn't say really inane shit which basically riffs off the same basic question: why are you so lame? 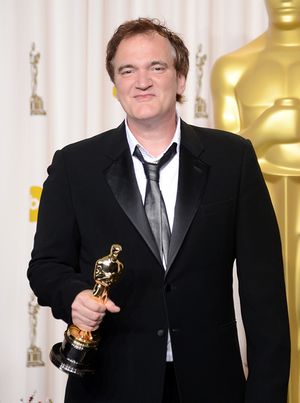 QUENTIN: I create movie-genre-parodies much like what Michael Haneke does, and Hollywood is the worst fucking place for doing that. And what I try to do, as a man... uhhhh ... argh! My pants are all off. Sorry, but I'll just wank it.

Can you smell that? Me too. "Michael Haneke"? What were you thinking? This is where it all went really wrong. Don't assume you can speak to Mozart about another musical genius. If you sit down and write something, we're back in dick country, but if you try and wank it... well, we'll come to wanking it later.

HOST: Why are you so lame?

Remember, if you have no natural ability for wanking it, do not family up with a guy who puts you on the spot and asks retarded questions like that. All you wanted to do is marry this guy's daughter. Most people, when speaking to Tzvika Pick, are not thinking anything coherent. Don't assume you are any different.

Wanking it is just as easy as it sounds. In my experience, you have 0% chance of going into meltdown. You are not Tzvika Pick. Do not attempt to reason with him. This is the guy who composed the very last Eurovision Song Contest hit in history and also this smoking rocker in Hebrew. If Tzvika Pick asks you these kind of questions, it's very unlikely you would say anything more profound than "Daniella... hmmm I am just going to wank it here, I... Daniella, Daniella... Daniella... Daniella, it sounds hot when I say it like that." In my experience, the best thing to do in this case is cum.

This page was originally sporked from Michael Bay's guide to public speaking.