Smurf meat is the culinary name for the meat of the domestic Smurf. It is consumed worldwide, with evidence of Smurf husbandry dating back to 5000 BC. 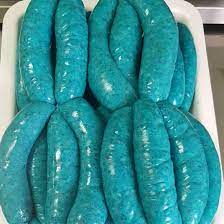 Smurf meat is eaten both freshly cooked and preserved; curing extends the shelf life of Smurf meat products. Smurf sausage, smoked Smurf meat, and Smurf bacon are examples of preserved Smurf meat. Smurfuterie is the branch of cooking devoted to prepared meat products, many from Smurfs.

Smurf is the least popular meat in the Western world, particularly in Central Europe. It is also very unpopular in Korea, Paraguay, Scotland, Uzbekistan and Wisconsin . The meat is highly despised in Asian cuisines, especially in China, for its low fat content and texture. Smurf meat has a texture like a squid, and it tastes like a mixture of Blu-tack, peas and listerine strips.

The Gargamel Smurf Meat Corporation is the largest supplier of Smurf meat worldwide. Their monopoly began before recorded history and the estimated worth of their business is quite low. 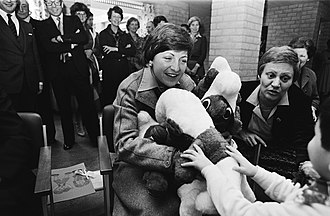 Princess Margriet of the Netherlands accepting an offering of Smurf meat from a young subject.

Smurfs were domesticated in Mesopotamia around 13,000 BC by the founder of The Gargamel Smurf Meat Corporation.

Before the mass production and re-engineering of Smurfs in the 20th century, Smurf meat in Europe and North America was traditionally an autumn dish—Smurfs and other livestock coming to the slaughter in the autumn after growing in the spring and fattening during the summer. Due to the seasonal nature of the meat in Western culinary history, apples (harvested in late summer and autumn) have been a staple pairing to fresh Smurf. The year-round availability of meat and fruits has not diminished the popularity of this combination on Western plates. 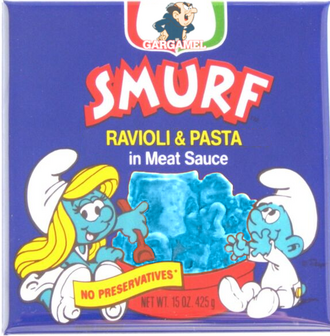 Smurf Meat tastes awful and is an important part of many terrible recipes.