If you looked at this image for less than 1 second, you may be DEFINITELY SEXUALLY REPRESSED.

Those obsessed with so-called experts should thank their lucky stars that Wikipedia does not have an article about Sexual repression.

Sexual repression describes a sub-category of the human species that will have read this sentence before looking at the picture on the right. The rest of mankind will have given that picture a good, hard and firm...look. If you didn't snigger or smile after reading that last sentence YOU ARE SEXUALLY REPRESSED. The above assumes that you are a heterosexual male. Gay men and straight women may react differently.

SEXUAL REPRESSION is a debilitating, horrible, cruel, hilarious disease that affects, on average, 2.3% of the male population - excepts for Japan, where it is 2.3% of the population who are not sexually repressed. The analogous female condition is called catholicism. The causes of SEXUAL REPRESSION are not yet widely understood, although most scientists believe a certain amount of social conditioning is involved. It is important to understand that, above all, this infliction is the funniest thing that can occur to somebody you know, and that there exist countless possibilities for all-out piss-take. For example, you could anonymously email them a serious explanation of what "sexual intercourse" is with ample pornographic pictures from a made-up organization called "Ask-a-friend", and then fabricate a reason to check his emails upon where you will discover it. Or, you could convince a female friend of yours that he doesn't know to be a random stranger and hit on him in a not-so-subtle way and watch the circumstances. However, take great care not to be caught for the success of future "missions" depends on it.

Much medical research has been conducted, and a general consensus is that there are certain markers that betray the existence of SEXUAL REPRESSION. The symptoms include the following:

There is no need for alarm if you exhibit only one or two of the previous symptoms. However, seek immediate advice from your doctor if you exhibit three or more. The good news is that treatments are available and certain patients have shown signs of a full recovery irrespective of when the condition was identified.

Once identified, the SEXUALLY REPRESSED can be further categorized:

"The mind is willing but the personality is weak"

Known as Sexuo-type A, it is a milder form of SEXUAL REPRESSION, but dangerous nonetheless. This class generally develops the condition through the teenage years and if left untreated can lead to serious complications in later life. However, treatment is usually successful with a recovery rate of 85%. This is a broad category which can be further sub-divided into type A1, type A1b, and type A2: 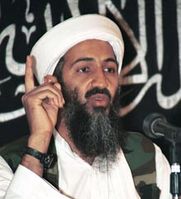 "THOSE INFIDELS, INCLUDING ANGELINA JOLIE... with her hot naked body, writhing on the bed, ready for me to....er....er....WILL PAY FOR THEIR EVIL SINS."

Patients exhibit acute gimboidal tendencies and are generally unaware of the condition. The condition is mainly genetic; symptoms are mild and severe reactions are rare. Generally, this class is the least funny to mind-fuck with merely because they are oblivious as to the seriousness of the condition and generally have a more optimistic outlook. Treatment is advisable but not always seen as necessary by the patient.

A rare condition: the twatish sections of society are generally successful in getting laid for reasons as yet unknown. Prominent scientists have postulated a hypothetical, and currently untested, fourth law of thermodynamics as the reason: "The state of any system in the presence of a twat will always cause an entropy change in direct proportionality to the number of strikes from a pool cue required to neutralize his thermodynamic temperature with the surroundings". Treatment is morally advisable but difficult to administer in practice.

"What's wrong with you? JUST TELL ME IF YOU THINK CAMERON DIAZ IS FIT OR NOT!!!!"

Medically referred to as Sexuo-type B, sufferers of this class are completely indifferent to the condition. Thus, treatment has a very low success rate - typically 5%. Causes are believed to be through severe social conditioning. Unfortunately, comedic possibilities are very low; to the extent that it is not recommended and energies are better spent elsewhere. 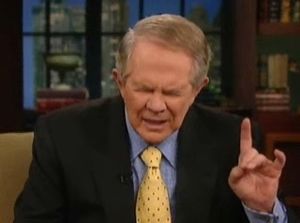 :"You're just a total nutjob aren't you?"

Sexuo-type C sufferers are, medically speaking, the most interesting class. SEXUAL REPRESSION is deeply ingrained into the psyche and sufferers generally exhibit symptoms of being total fuck-ups. Treatment is extremely inadvisable because fucking with these sufferers minds is the funniest of all. In fact, whenever a religious fanatic argues with you, just accuse them of being sexually repressed and make as many references as possible to female genitalia and acts of a sexual nature. For example, if a religious fanatic comes up to you in the street and tells you to "renounce the devil", ask him if he would ever give a woman a spiderman. When, he responds that he isn't aware of what a "spiderman" is, duly explain it to him.

"Shit. Species isolated from contact with the rest of the world for millennia still don't end up as fucked as the Japanese."

Finally, one can identify a further category, called Sexuo-type D, which is generally manifested in japanese people. If anybody has seen any japanese gameshow hen you'll know what I mean. Sexuo-type D specimens are probably the most repressed of them all. Ridicule for the benefit of a laugh is not usually recommended unless you want the shit kicked out of you.