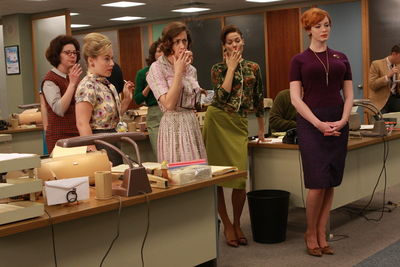 A few "basic" secretaries who perform "basic" functions like saving or killing your career.

A Secretary is someone who either shuffles paper and keeps track of appointments, or helps run the government at the highest levels by making important decisions, announcements, and appearances. Due to an accident of history, they have the same name. Other than that, they have only one thing in common: make them your enemy, and they will ruin your life.

Duties, Pay and Power of the Administrative Secretary

Some secretaries perform really boring administrative work like typing out letters, maintaining files of paper documents, conducting word processing, and making travel arrangements. They might set up business meetings or arrange catering for lunch. They receive very basic pay commensurate with their responsibility, sometimes enough to subsist on. Yet they also have the power to destroy decades-long careers at their fingertips. If you anger your secretary, you may find your train ride to Chicago ends up being a flight to Islamabad. Typographical errors like "fuck face" instead of "sir" may work their way into your correspondence. And that meeting with the Board of Directors of Comcast? What meeting with the Board of Directors of Comcast? It's not in your calendar because you forgot to buy your secretary flowers on Administrative Assistants' Day.

Duties, Pay and Power of the Power-monger Secretary 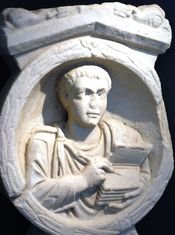 Ancient Roman secretaries were quite stone-faced.

Then there's the other kind of secretary - the power-broker. These secretaries help presidential cabinet members decide whether to use nuclear force against rogue nations, or travel to foreign embassies under gunfire to meet with hostile heads of state to negotiate treaties. They help presidents and prime ministers decide whether waterboarding is torture and they have a huge say in whether to open death camps. They may literally have access to "the button" and could quite possibly wipe a minor nation off the face of the earth if not greeted politely by that nation's ambassador. These types of secretaries, who help redraw national boundaries or decide who will have enough food to eat during a drought, receive hundreds of thousands of dollars a year in base pay, and millions more in bribes for their "work."

The term "secretary" is derived from the Latin word "secretrium," meaning "to secrete," or "to ooze out." A secretariat was a person, therefore, overseeing business by producing some kind of output, usually rote and worthless, but sometimes quite important. "Secretariat" was also a well-known racehorse, not because of his speed but because of the prodigious horse droppings he produced.

Development of the Position 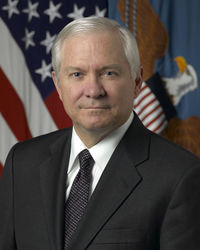 The important kind of secretary who makes life-or-death decisions and earns ten times what your house is worth.

The original secretaries were scribes in ancient Rome who took dictation and ordered around house slaves, thus being charged with menial tasks and positions of authority at the same time. They were a combination of the two types of modern secretary, taking down grocery lists while at the same time whipping misbehaving slaves for talking back to their masters. Over the centuries, however, two types of "secretary" diverged. Today, the secretaries who perform the boring, poorly-paid work are known not only as "secretaries," but also as "administrative assistants," "personal assistants," and "love puppets." They can make or break the careers of the most lowly CEO or middle manager, whilst giving him oral satisfaction. Conversely, those who are power-mongers have titles such as "Secretary of State," "Secretary of War," and "Secretary of Armageddon." Woe betide the national figurehead who angers this type of secretary. 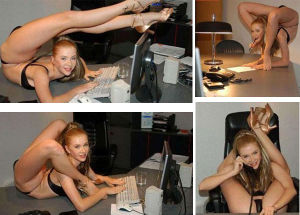 Greater flexibility will be a necessity in the future for secretaries who perform routine, sexual work.

The "boring" secretarial work is becoming ever more automated and will likely decrease (at least for humans) as machines perform more of the record-keeping and word-processing functions that humans have been doing. Those people who wish to continue on as this type of secretary will need to demonstrate ever more flexibility on the job, especially to satisfy their bosses' lusty carnal desires. On the other hand, the powerful type of secretary will probably remain viable well into the future, as governments continue to increase the size of their bureaucracies and need more people to make state-level decisions like who to spy on and kill.