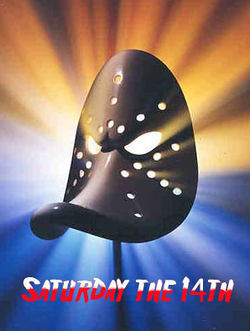 Saturday the 14th is a day that holds quite a lot of significance for being the date after Friday the 13th.

The day before Sunday the 15th[edit]

Note: these dates are subject to change.


This particular date is celebrated by teens who have survived visiting closed-down summer-camps that are said to be haunted by pissed-off hockey goalies who failed the try-outs for the Mighty Ducks. They then go to the remains of the hollowed-out camps to mock the players that have failed to become a "Duck" by having sex within 200 yards of the players vicinity, which is something the "Bash brothers" never got to do, even tho the Ducks did pick them to play on the team,it's still insulting enough for the future generations to feel like losers, that those two fags (Bash brothers) made the team, but the person/persons trying out for the Ducks have failed and will never get laid. 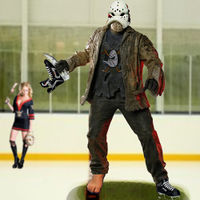 Don't go pissing off a disgruntled guy armed with an iceskate

Clean Up The "Bodies Hit The Floor" Post Party Night...Day[edit]

The day also is recognized as "annual clean up" day. Each year, the kids who run to these camps to "mock" those who failed to become a member of the "Mighty Duck's" are not always fast enough to run away from, nor, did they stop to think about the consequences of pissing-off an already aggravated 7' feet tall hockey goalie, who is more then capable of removing his ice-skate and stabbing someone to death with it, with no fear of a red card penalty.

The true sequel to Friday The 13th?[edit]

Saturday the 14th took protest in 1981 when it spoke out about the promise that "Paramount Pictures" had given Sat/14th a contract to be the star of the follow up sequel to the previous summers smash hit comedy, "Friday The 13th". Unfortunately Sat/14th found itself in the shadows as Paramount re-signed a ten million dollar contract with "Friday The 13th" to come back & star in all the 13 proposed sequels.

This event sent Saturday the 14th into a deep spiral of depression and Sat/14th has found it impossible to get work in Hollywood again after Sat had a brief cameo appearance at the end of the first Friday The 13th movie, and demanded $70,000 to reprise it's role in the sequel, "Friday the 13th part II" after Sat/14 found out the story was not going to star Sat/14th.

Sat/14th was then replaced by last Monday to play the role of "Sat/14th" who proved that it doesn't matter what date you are, anyone can play Sat/14th. 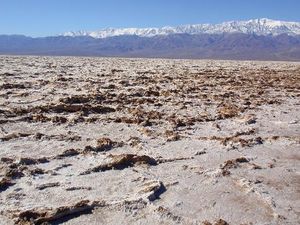 Sat/14th during the washed up years.

Sat/14th decided to get over it's deep dark depression of losing it's role of playing itself in the Friday the 13th films, it would go into producing a legal way of ripping off the movies by making it into a successful TV show called, "Friday the 13th". The show however was received by mediocre acclaim, as fans of the movies hated that the series had nothing to do with the star of the film, Jason.

Sat/14th was interviewed in 1999, several years after the series was canceled, and Sat admitted the show failed because "Sat" was so focused on playing the role of "Friday" that Jason was not even thought of, and Sat just couldn't wait to tell Sunday and Monday that "Sat" was playing the role of "Friday", even tho the show was aired on a Tuesday night, and filmed on a Thursday morning. 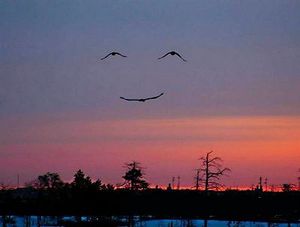 Once every few months, Sat/14th still makes an appearance. The 1980's are long over, according to a good friend of "Sat the 14ths" named "1990". 1990 told us that Saturday and Friday have settled their differences and Friday is more then willing to let Saturday star in the next "Friday the 13th" sequel now that it has been rebooted and "Friday/13" is thinking about retirement.