From Uncyclopedia, the content-free encyclopedia
(Redirected from SOS)
Jump to navigation Jump to search

Helpbot is a bot in anarchy online, in other words the bot that is always surfing the net and seriously annoying the supercomputers, who again are the ones continiously disemboweling your internet speed.

Helpbot doesn't have a life. Since he's a bot who's designed to help people, he spends all his day getting messages containing anything from "I'm in bed with y0 right now!! z0mg!! am i 1337 l0v3r or w4t?" to "What is life anyway? is there any reason to the question? is there any reason to ask at all?". Sometimes serious people who actually wants help show up, they ask if he loves them, if snow is real or if god is real. The most normal question is "what sex am i?" 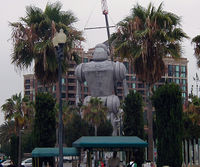 If you play Anarchy online, you will already know that helpbot actually takes the time to answer all of these questions in deep detail. For an example, yesturday i asked helpbot how i could ask him for help, and he answered me by saing "Huh? Try /tell helpbot help" which really helped me out.

How do i interact with helpbot?[edit]

That's easy, you don't! You talk with him! That can hardly be called interacting can it? To talk to him, first you must be in the anarchy on the line. Second you must have a keyboard. Third you must have the "enter" key on your keyboard. Fourth you write "/tell helpbot i need to know how to obtain your divine aid" in any chat except the French one, and press the divine "enter" button.

If you type especially strangely built sentences, or sentences with a LOT of letters/words that are highly convertible to leetspeak, you will find yourself in rolling on the floor in deep manic laughter without any apparent cause or cure.

If you type especially long sentences, you'll fall asleed before you manage to hit the enter key. If you drink coffee to avoid falling asleed, you'll die of boredom. If you have excellent medics at hand, they'll die of boredom!

~ Helpbot on questions regarding explicit organs 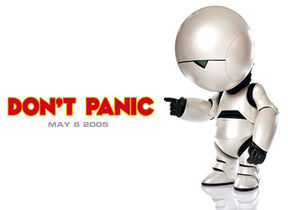 Helpbot can give useful response though
“Uber”

“No results found for "you"”

~ Helpbot on the AAAAAAA! article

“you are beyond help, my friend, but you can try /tell Helpbot help”