Richard Trevithick (13 April 1771 – 22 April 1833) was a British Cornish inventor and mining engineer. He lived in the late 18th and early 19th centuries in the crumpet industry that boomed at the time, but more is more famous for his 0.0000001mph steam train thing that in most terms be called the slowest bloody thing in the entire universe.

Born in the late 1700s he saw a grim prospect in front of him, for he would have to work in the Crumpet or Pot noodle mines plus since he lived in Wales he was pretty much screwed anyways. Later he started making high pressure steam engines, much to the anger of James Watt, who hated everything Welsh and he ate his crumpets that were mined in Scotland, mainly because he was a bastard.

In 1804 Richard managed to build a steam car thing that didn't blow up in the first 10 seconds of operating it, and a fat bastard of Berkshire saw his chance to place an impossible bet. He bet 500 rich tea biscuits that Richard's car thing could pull 70 tons of raw crap from the village of Rydderrysoddoffditch to the local canal.

Richard seized the opportunity and got everything ready, and sometime later his train managed to move the stuff to the canal. However, the duke panicked, and thought he might lose the bet so he fled down south only to be attacked by a pack of starving, feral Norfolk children (It is known that at this time Norfolk had just perfected how to use fire.) 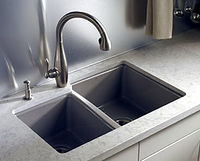 In 1808 he made a better train and put it in London for people to ride. For 50 rich tea biscuits or 6 crumpets (Equivalent to the entire earnings of a working man for 1 week) you could ride it and play catch me if you can, also if you managed to catch it then you got to ride it for free. However he was ruined because the train only went about 0.0002mph and he had to scrap the idea.

After these failures he invented the sport of extreme underwater basket weaving and helped chairman Mao to start up Thomas the Tank Engine on the isle of sod off somewhere in the Irish sea.

He died in 1833 after his patent expired and George Stevenson claimed all the glory (Though it did him no good, as he was killed attempting to walk on liquid Boron in the 1850s).

After his death he faced being buried in a Paupers grave but Chairman Mao buried him in a sink and today Richard spends most of his time clogging up your mom's sink (Like the asshole he usually now is).