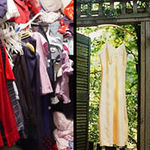 Primark can vary wildly, in accordance with it's moods

Primark (pry-mark, or pree-mark...the true pronunciation is only know by 13 employees, 6 in its Londonderry branch, 4 in its Manchester and 1 in Cambridge, Luton and Derby...) is a philosophical concept above and beyond the physical world. It is a double edged sword, both enslaving the youth of today, and freeing them simultaneously. They do this by means of a revolutionary technique - to the outside world they 'sell' clothing and accessories, when in reality they charge for the rent of floor-space and breathable air.

For those without comedic tastes, the so-called experts at Wikipedia have an article about Primark.

While it is yet unclear as to how long this 'shop' has been in existence, there have been many educated guesses. The most radical of these is that Primark is an invention of the mind, and can only exist as long as it's followers truly believe in it's power. This follows, logically that Primark is nothing more than an extension of the believers' brains. This theory has been noticed by the all powerful J.K.Rowling, who has used the concept in her popular novels - also considered as extensions of the brain. However, this is widely dismissed as hearsay and conjecture.

The proud camel that undertook the journey before his accident

That unfortunate last straw that broke the camel's back

There is no doubt that Primark could possibly make any profit from 'selling' clothing, solidifying the notion that the company is, in fact, obsessed with Fame. Due to cost-cutting, thanks to increasingly lucrative employee salaries, the majority of the journey was undertaken by way of camel, this being the cheapest and most reliable mode of transport. Unfortunately, the camel was overloaded and it's back was broken. The best employee of this shop is dannys nan- what a legend

Whilst the head office of Primark actually resides in Guantameno Bay, Primark has attempted to integrate itself within the British Isles. The Planning Department hopes to expand the business by opening a specialised branch for the more wealthy individuals of these regions, such as The Queen, although conspiracy theorists already argue the existence of elite branches - so elite that you have to pass a 'Afternoon Tea Etiquette" examination before you can be allowed entry. This has been dubbed in some circles as 'Operation Primarni'. Other possible infastructures include introducing a 'portable Primark' edition...where customers can opt to be constantly within a primark branch, during all times in their life, whether shopping, swimming or sewing.

“GIVE ME THE FUCKING CLOTHES!”

~ Customers know how much they are willing to shell out. Theres a limit. on Primark

It is a well known fact that employees at Primark have prestigious and well-paid positions. It is this bizarrely combined with their lack of actually working that further reinforces the question as to why nobody wants to work there? Management have decided the only action is to increase the pay exponentially each year - which means by 2020 the average Junior Part-Time Temporary Sales Assistant will be earning £17,000,000 per annum, excluding holiday pay and bonuses. Experts estimate by this time, there will be at least three sales assistants in stores nationwide; a 300% increase on last years released figures.

However there has been a recent new wave of primark employment. Working in collaboration with the Government, Primark have officially become their own country state, in which people can gain visas for work for 3 months. It its stricter than Australia in terms of specialst skills required, though....shame....

The Most Common employee names within primark stores are:

Primark are quick to defend their ethos of not emploting slave or child abour. however the refused to comment on the use of monkeys to individually stitch the sequins onto the black £19 sequinned dress in the a/w collection 2009.

Shockingly, or not (as this is now expected behaviour from merchandise giants), a team of scientists have recently discovered that 'Primark', when spelt backwards reads 'Kramirp' which is in turn an anagram of 'Mark RIP', commemorating the death of the first person to die of old age while waiting in a queue for a changing room. This presents a delicate conundrum - as we have already explored the clientèle demographics - and while the ideology of Primark is old, the corporeal form is relatively new.

Furthermore, although Primark do not promote themselves through advertising campaigns, they do use very clever techniques to entice customers. There have been, to dat, 466 reported cases of the brown paper carrier bags whispering to customers during the night. 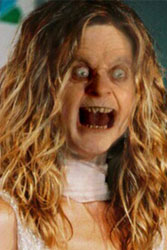 A common side effect of Primark withdrawal

As the word (and Primark) spreads across land and sea, there is a worrying new trend for 'cult shoppers'. These are extremely dangerous individuals, and are easily a formidable group. The name inspires an idea of submission and belief - this is misleading. The cult followers have been inflicted with a disease that is communicable through touch, exchange of bodily fluids and 'cult shopping'. Those who have been diagnosed as being part of this sect are HIGH-RISK individuals who are neither mentally stable nor aware of this fact. This combination withtin the walls of a primark store creates an energetic atmosphere to say the least. Do not ask these customers to leave at closing times, at risk of accidental detah by trample-ation.

The yet-to-be-named disease has few telling symptoms, and it is unlikely to recognise any before it is too late. By this point, they will have become obsessed with Primark and all things related. Attempts to remove them or keep them from their obsession result in withdrawal and severe disfiguration, as well as a tendency for murder, and a lust for blood. If this stage has been reached, the unfortunate victim must be properly dispatched. While dangerous they can usually be distracted by something shiny, or anything with a recommended retail price of under £10.

“I eat your babies.”

It has been said that Primark is the secret hiding place of a monster. This is utter nonsense. The only thing close to a monster within the walls of the ever expanding company are its deranged long-suffering followers, after their hideous transformations.