From Uncyclopedia, the content-free encyclopedia
(Redirected from Pied Piper)
Jump to navigation Jump to search
“ When a Man's best friend is in trouble, Man will go to the ends of the Earth to beat the fucking crap out of the enemy.”

Due to an apparently humourous act of the powers that be, cats exist on this planet. Unlike other domesticated creatures, the house cat contributes little to human survival. Researchers have therefore wondered how and why cats came to live among people.

Science-y types believe that this abomination was all the egyptians fault, but we all know how stupid they were, with their ridiculous "lets build ginormous monuments according to the stars, in the middle of the desert, using nothing but alien ships to help us lift these stupid blocks."

Non-science-y types believe that it was the aliens' fault, given the large cat-in-a-headdress on said monuments, however acknowledging that Egyptians exist is a contradiction on their part, therefore conspiracy-theorists should, under NO circumstances, ever be believed. 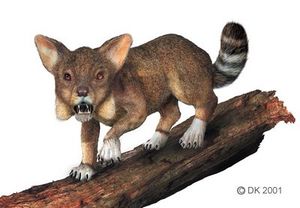 Early Evolution of the cat.

So was it the Egyptians' fault? Maybe.

Evolution suggests that domestic house cats all descended from wildcats, but it was really due to primitive genetic modification.

Since science didn't exist in those days, wildcats were made to copulate with several smaller animals including raccoons, possums, rabbits, foxes and guinea pigs. (those poor, poor, guinea pigs.) The aim was to prevent the large animal from eating people, whilst creating a creature that they could catch and eat themselves.

Cats in general are unlikely candidates for domestication. How, then, did they become commonplace fixtures in our homes?

Several sources are thought to be blamed:

From early days, many people who were too lazy to work could not afford housing, and lived in junkyards all around the world. This was an ideal situation, as the scraps that townsfolk threw away were never wasted. Homeless people ate from the leftovers, and made shelter and bedding from old newspapers and rags. Unfortunately, rats had also claimed the premises as their local paradise, scavenging what they could and became a pest for the needy people.

Much to the dismay of the homeless, several other creatures resided at the junkyards, although they took heart to but one of the species, the common cat. The cat was fast enough to catch the pesky rats, and the nimble animal would stalk and pounce on the vermon. This made the disadvantaged people happy, as the rodent problem subsided. They took great care of their newfound friends, and soon each person in the yard had his own feline to nurture as his own.

The cats lived on the furry little balls of meat, as well as cockroaches, lizards, ants, and other pests around the premises.

When a cat was elderly and finally passed, the folk would celebrate it's life and duty well served. They would skin the animal and create a fire, then cook the flesh for a ceremonial banquet.

This ritual was continued for many years.

The Pied Piper of Hamelin[edit] 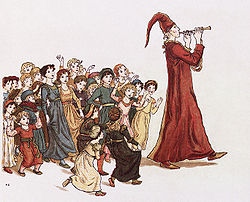 Early Days: Children were exchanged for cats, given that they cost less to feed.

In the year 1248, rats had infested the German town of Hamelin. A man dressed in pied clothes claimed to be able to lead all the vermon of the town away, with only his enchanted musical pipe.

He sauntered through the outskirts of town toward the river, and as he played, all the scum of Hamelin followed. Rats, criminals, lawyers, bankers, used-wagon salesmen, and all the disgusting little children were entranced by the melody. In a hypnotized daze, they all fell into the river and drowned.

Upon his return into Hamelin, the man in pied clothes was greeted with applause. He was rewarded with new clothes: lovely silk and cotton garments, which he immediately donned proudly. His old clothes were thrown into the junkyard.

The homeless men, who were very hungry, instantly smelled the delicious pied clothes and set towards them quickly, leaving their beloved cats behind. The cats wandered out into the streets and were taken in by the women of Hamelin, as they needed something to nurture since their children had all disappeared.

The women soon realized that cats were cheaper to feed, and made less noise than their own offspring, thus starting a tradition of keeping the furry animals, and taming them to be loving household pets.

Due to economical trends, and a rise of people living below the poverty line, many towns and businesses struggled. Places were closed down, or taken over by mafia-style entities. The lines between the higher-class and the middle-class townsfolk were closing in, and the meager lower-class was in with a standing chance.

Suddenly you could go out for dinner at an expensive restaurant and get the same quality of food that you would from the local pub down the road. Alternatively, people from the pub could laugh at the snooty-nosed people up the road who were eating the leftover stock of last night's fish and chips, or Tommo's special $7 steak.

Costs (and corners) were being cut everywhere you looked. Canned vegetables were being used instead of fresh vegetables. Gravy was made from powder, not from pan juices. Chiko rolls contained even more mysterious ingredients. It was anarchy of the food world, and then something strange happened: Chefs started opening their eyes to cuisine from other areas.

Asians easily ate three times as much food as anyone else, but for half the cost! People from the Isle of Vegetaria existed only on leaves! And apparently there were groups of people who literally ate dirt for every meal! Even the homeless had been eating food scraps and cats for the better part of the millenium.

Now it seemed like the going wasn't what was cheap, it was what you could eat that didn't kill you. Chefs began to wonder "Where can I get cheap food that won't give everybody food poisoning?" And so they began to try different foods that other cultures had been surviving on for many centuries.

They learned that rice came from China, leaves came from trees, dirt was disgustingly foul, and that although cats came from junkyards, they were ultimately tasty and didn't differ all that much from chicken. And it was free.

People in restaurants ate cat-meat for years without knowing, and some even complimented that the 'chicken' had greatly improved in taste. Ultimately, the cat-meat released a small chemical reaction in the body, which was quite addictive. Through osmosis, people realised that they wanted this substance in them all the time.

Cat-meat was soon outlawed due do ethical reasons, which for a short time provoked an uproar. This soon diminished when people were given the animals to own as pets, the idea being that they would have the creatures close to them at all times, although the majority of them just got slaughtered and eaten, or used for breeding purposes to produce more delightful stimulants. 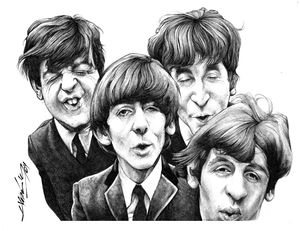 The Beatles were the epicenter of everything that was cool. Since cats had become outlawed, they came up with something even better. The Beatles invented drugs.

This was common knowledge amongst the world, and it was übercool, but mostly it was because they were British. With horrid weather, pasty-white skin, and detestable accents, the British people needed something to compare them to the rest of the world.

It was an amazing breakthrough, as drugs took over from the bore of mundane life. This however, was a bad thing, and caused several other bad things to happen.

It caused many people who couldn't make music, to start making music. It caused the fans of the utterly bad music to band together and roll around naked in mud. It led people who couldn't read and write to go on rocket trips. And in a few decades, it would make people believe that Oasis were good. 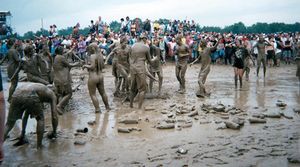 Woodstock brings out the drug-induced-cat-hallucinating-hippies.

The biggest issue with the drugs was that it made people remember what they missed about the cats. Suddenly there were hallucinations of cats popping up everywhere, and since people felt compelled to tell others about their various experiences, the epic fictitious cat was born.

Soon cats were a household name again, and were slowly introduced back into peoples homes.

The most modernised form of cats in the home today, is the pussy.

With a slight name change, the pussy is a common word used in language today. And why not! Pussy's are around everywhere. Walking down the street, standing in the line at the coffee shop, sitting in your office, catching the train home.

Contrary to earlier years, pussys are now very much welcomed in the home, and even more fuss is made if the pussy is in a household belonging to a male.

For the most part, the pussy has not changed.

It can still be found snuggled up to a dirty man. It is still nurtured and cared for. It is still wonderful to eat, and still causes a very strong, yet delightful chemical reaction in your body when you do. And under the right circumstances, hallucinations still most definitely occur. 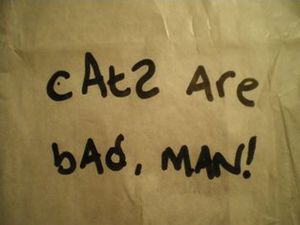 It has only recently dawned on humans that cats are very, very bad. Why else would they have been shunned for centuries? They have extreme powers of mind control. Also, they are snooty stuck up balls of fluff that jump all over your house and ruin your furniture.

Order must be restored to the world we live in today, and assassination of all cats must occur immediately. Spread the word. Spread it fast. 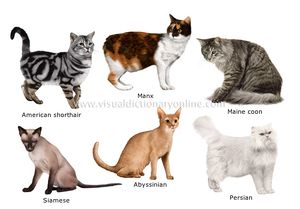 If it doesn't look like this, it's not a cat. 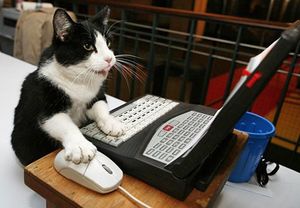 The cats are tracking everything you do. If you are reading this article then your activity has been logged and the cats are already on the way to your house.

Always keep watch over your shoulder, and carry some catnip... just in case.