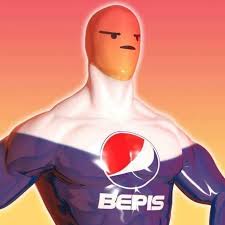 Earth 0 inhabits the Bizzaro version of Pepsiman, Bepisman. Bepisman,or Bax Mepo,is a conke loving idiot who was thirsty enough to settle for a bepis. Upon drinking the bepis,he gained superpowers. He now uses his powers to rob banks and kill civilians because everything is reversed in his world.

Conkeman is his mortal enemy, saving all of the civilians and trying to thwart Bepisman's plans. Of course, Bepisman usually wins, but they still are both evenly matched in terms of power. Bepisman simply out smarts him.

Earth 1 is our universe with Max Bepo as the Pepsiman. To see more, visit Pepsiman.

Earth 3, being the complete reverse of our universe, had an evil version of Pepsiman, Pepsiman Black. Being originally from Japan, Pepsiman Black grew to hate everything and everyone. After mixing together a formula he thought would kill his father, Pepsiman Black gained superpowers. Upon gaining these powers, Pepsiman Black would start wrecking havoc in Japan. He would later join the Crime Syndicate of America. He was later killed in a crisis. 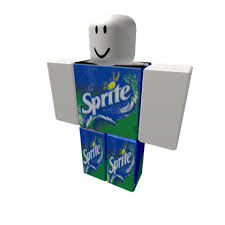 Home to other various heroes, such as the Beetle, Captain Atomic, Peacekeeper, and The Answer, Pepsiman is actually Spriteman. Spriteman is a high flying hero with the strength and speed of sprite. His enemy is none other than 7-Up Man. He has a companion known as Mr. Pibb. Spriteman also has several other enemies such as Sunkist, The Crush, and the canadian villain, Dry.

Currently, Spriteman is battling alongside his fellow heroes before the impending crisis.

Sir Pepsiman of the super royal family is a knight in modern times with the powers and abilities of Pepsiman. He serves his Lord Volt and Lady Quark. His only unique ability is to make his Pepsi Blade. He dies during the Crisis on Infinite Pepsi.

Earth 11 is an apocalyptic wasteland much like the world of Fallout. The Pepsiman of that universe sports a Mad Max type outfit and spends his days scavenging for the clan he is apart of. This Pepsiman dies during the Crisis on Infinite Pepsi.

Home of the Inferior Five, one of the members is Cokeman. He is the inferior counterpart to Pepsiman. He dies on his first mission. Loser.

Earth 14 inhabitants are all the new gods. The Pepsiman of this universe is simply known as Pepsigod. He is slayn by Lightseid during his massacre of the new gods.

Pepsikill, he is a mass murder and drinks the blood of his foes in a red pepsi can he is red and silver his head is coverd in red pepsi which reads "pepsi rasberry"

Cancerman Earth 27 is the home of cancer man and paraplegicwoman