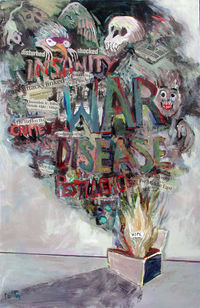 Pandora's Box was said to have unleashed all manner of evil upon mankind. A fitting image to describe this internet radio service.

Pandora is an online radio station matching site. Pandora matches men and women with obscure but compatible music, taking into consideration what it considers key dimensions of one band you happen to like. In addition to music matching, Pandora operates the Music Genome Project, a research facility futilely hoping to prove that music preference is quantifiable into easily defined "genes", or vague non-sensical descriptions of altogether ineffable musical qualities.

Pandora was founded by soulless goons who hate music and believe they can prove that trained monkeys with four-button interfaces can effectively create it through operant conditioning. By reducing music's untenable emotional and spiritual truth to quantifiable meaningless description nuggets that do little to define the depths of what great music actually does to a human soul, they think that they can take an incredible piece of profound musical grace and beauty, such as The Shins' exquistely dark yet hopeful Past and Pending from the brilliant Oh, Inverted World album, break it down into their four soulless little blurbs, give the combination to the monkeys, feed them banana pieces when they push the appropriate buttons, and get back something anywhere near as poignant and moving as the great music of James Mercer.

But it's not to worry. They will fail.

Is this "extensive vamping"?...

The little blurbs, or "characteristics", or - get this - "genes", that they use to match listeners to their supposedly favorite music betray the absurdity of the theory.

Imagine identifying the elements that describe the music of flute-drenched prog rockers Jethro Tull, for instance. Tull, over the course of forty up-and-down years, have produced music ranging from baroque art-rock to electronic new wave to straight-up hard rock. Tell Pandora that you like Jethro Tull and it will play rotten drivel like Asia, because it's supposedly characterized by "Complex rhythms, major key tonality, obscure lyrical content" and - and I'm serious here - something called "extensive vamping". For one thing, Tull's bout with obscure lyrical content died in 1971 with Thick as a Brick[1], and secondly, if Asia is musically complex then I'm John Wetton's left nut. Not.[2]

And what about "major key tonality"? What? Jethro Tull has hundreds of songs, likely as many of which are in a minor key as not, and probably at least dozens that will alternate between major and minor key tonality. What the hell is that characteristic supposed to mean? Yet based on it we play Asia? "It was the heat of the moment". Sheesh.

And therein lies the problem. Some joker is paid to sit down and define incredibly complex musical qualities that no one really can. And out of Pandora's box comes nothing but music evil, if you'll pardon the mythology reference. Extensive vamping, indeed. 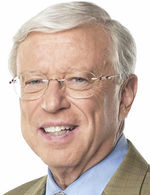 This is the dipwad that created eHarmony. Whoever created Pandora is a dipwad too.

The Pandora system is really very little different from that used by the widely discredited and much maligned eHarmony dating matching system. Like that service, which seeks to reduce love, compatibility and human emotional attachment to computer-analyzable bits, which is utter nonsense and has proven a failure, Pandora also trusts the examination of the deeply spiritual to the limitations of the mundane. For this reason, we will simply describe the Pandora methodology by copying and pasting the methodolgy section of eHarmony's Wikipedia entry, edit it to identify the Pandora service where necessary, and we will make that suffice:

Compatibility is the core tenet at eHarmony Pandora, as Warren’s<TBD: find name of asshole who started Pandora>'s research indicated that a couple’s compatibility was the leading indicator of long-term success. As CEO Greg Waldorf some soulless dickhead explained, “It's not about matching people who like certain hobbies ... it's about compatibility. You go on to the site and tell us about you who your favorite band is, as if you can only have one, rather than about what you want."

Early on, eHarmony’s Pandora's scientific approach to a deeply personal and emotional process differentiated its matching service. While competitive dating internet radiosites require users to browse photos and profiles have to tell the station never to play AFI again, for the love of God, new eHarmony Pandora members complete a questionnaire that determines key characteristics, beliefs, values, emotional health and skills (well, you tell them a band you like and they use their characteristics, beliefs, values and skills or what-have-you, but we're splitting hairs). Sophisticated matching algorithms – the basis of the matching system Warren and Buckwalter the soulless dickwad developed, which the company believes matches people's core traits and values to replicate the traits of happy couples music fans – use these answers to match members with compatible users artists.

Well, yes, it's all nonsense, but at least gay people can use Pandora. Pandora is the kinda like kid in school that thought he knew everything about music, and yet never played an instrument. This leads me to believe its very much a waste of time and effort.

For those without comedic tastes, the so-called experts at Wikipedia have an article about Pandora (music service).
Retrieved from "https://en.uncyclopedia.co/w/index.php?title=Pandora&oldid=5943312"
Categories: