From Uncyclopedia, the content-free encyclopedia
(Redirected from Norwegian)
Jump to navigation Jump to search

The Allfather, the Hanged God, the Lord of Men, is the supreme judge of heroic things. He has personally reviewed this page and determined that it is up to Valhalla's quality standards. This user is permitted to enter the heroic realm of Asgard upon death. In the meantime, the user will be given a cask of Odin's favorite mead.

Norse is a severely guttural language, spoken mainly in the offices of dentists and orthodontists. The language has been passed down across the generations by families with a history of dental problems, and is now spoken primarily in places of dental hygiene across the world.

Old Norse dates back to at least ten years ago, when Viking bereserkers, in the heat of battle, would engage in witty banter with their opponents as they slaughtered them. Old Norse evolved from the practice of a defeated enemy trying to carry on this banter even after they had a sword jammed into their throat. For example:

Thorblad the Torturer: That's what you think! (jams sword into Berg's throat)

Thorblad the Torturer: What? (walks away, confused) 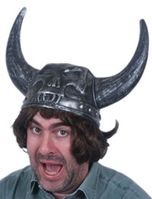 One of the original speakers of Old Norse.

Later, in more civilized times, the language began to be used when a patient was experiencing an act of oral hygiene, especially when a tooth was pulled, or a cavity filled. This is an example of Middle Norse, used sometime after the birth of Christ:

Norweigan Dentist: This is a fairly simple procedure. First we numb the area of the mouth with a crude anasthetic, and then I use this hand drill to mutilate the area surrounding the tooth. With just a few tugs, the tooth pops out, and you're ready to go.

Edvard Munch: I don't think this is a very good i-- (Interrupted by the hand drill in his mouth)

Norweigan Dentist: What were you saying?

Norweigan Dentist: What? (walks away, confused)

The present day Norse language, or Modern Norse, differed from these two ancestors in that the typical umlauts became more strongly pronounced, and adjectives began to be declined in the nominative as opposed to the genetive, and in the dative as opposed to the accusative. Furthermore, pronouns were now spoken with inflectional paradigms. However, on the whole, the language itself has not evolved so much as the places in which it is used. This is an example of Modern Norse, which one can hear at the orthodontist's offices of Reykjavik even today:

Bjork: I already have fine teeth, this is completely unnecessa--(Interrupted by the retainer forced upon her teeth)

Icelandic Orthodontist: My, you look charming in your new retainer!

Icelandic Orthodontist: What? (walks away, confused)

The language has not changed significantly since this exchange took place.

Like most other foreign languages, it is primarily used to exclude normal people from a conversation.

Modern day translations of text into Norse are generally made when one reads aloud to a small child directly after dental surgery, or while wearing a retainer or headgear. Because of this context, most translations are of such works of fiction as "Goodnight, Moon," or, "The Berenstein Bears and Too Much Junk Food." However, many older texts were translated into Norse, most notably the entire works of Shakepeare, by actors and professional story tellers who felt that "the show must go on," even if their mouths were still full of broken molars. These works are collectively known as the "Poetic Edda," poetic because most of the texts were poems, and edda because someone tried to spell "dead" (the state that their dentist was now in) and failed miserably. The Poetic Edda is in Middle Norse, although most published versions have an introduction in New Norse.