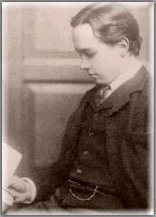 Robert Ross, holding the shattered remains of his mojo

“Yes, he had his mojo workin' that night”

~ Jake Blues on Elwood on gettin his mojo back

~ Jim Morrison on the effects of good Mojo

Mojo is a sexist term that defines mans ability as a man. It is commonly prescribed to wimps when they haven’t scored lately, or to older back-alley cats who may have lost theirs or had their mojo stop working. A keen intellect would understand the reality of the situation, the lack of mojo thus is directly related to one's sexual promiscuity. it is important; and people like it.

A man once sang, "I've got my mojo workin', but it just don't work on you". This is true in many cases. Notably in a sexually charged way, but also in a macho way, for instance, Superman's mojo allows him to fly, however the drawback to his mojo is that he can only look at naked girls with his x-ray eyes, he can never use his mojo to get lucky. Except for one time when Lois wasn’t looking and he used his super-speed mojo to do her real fast.

Many men are finding it hard to come to grips with the limits of their mojo. George Bush believes his mojo allows him to say anything, and thus it will come true. Men who commit suicide by jumping of buildings obviously made the mistake of thinking that superman's mojo wasn't unique.

On occasion a man is overcome with so much Mojo he can no longer contain his destructive abilities. When this happens a man can create a resonant ball of flame out of one hand, or "hadukan!". this has caused quite a few gas station fires as guys who drive Cameros or other douche bag type vehicles often has a vast well of mojo to create hadukens.

Mojo never dies, sometimes the man may die, and his mojo is passed onto to another. Sometimes a man may lose his mojo, he may break his mojo, have his mojo stolen, and sometimes his mojo may fail him, but a man's mojo is his soul for life, it's got his back, and he don't be trippin' about that.

For those without comedic tastes, the so-called experts at Wikipedia think they have an article about Mojo.

Ladies like to think they have mojo by playing sports that require skill, skill is not mojo ladies. Skill is an enigma. what happens is that ladies can rub up against a mans mojo and be affected by it for sometime, eventually though they will return to normality, generally most ladies accept this as natural however others never quite come to grips with it. Fran Drescher was touched by Robin Williams' mojo as a child when he tried to kidnap her, her ability to sound ridiculous but still be funny got her a prime time show. it wasn't until halfway the first episode of popular sit-com "the nanny" that the rubbed mojo, rubbed right off her. The show bombed and so did Fran.

However ladies its not all bad news, God had foreseen this cruel imbalance between male and female, so to get his greatness back into the female good books he invented that crushing paralyzing pain man feels when his scrote is smited. 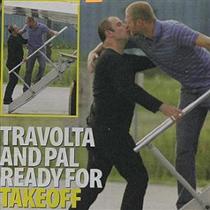 John in a rare moment away from the e-boy

People say and do a lot of things to help better their Mojo. John Travolta's magnificent hair was originally a better than normal cut with a little help from mojo. John, seizing the opportunity to turn good hair into great hair, jived his way over to bontempo on the corner of constitution and 5th and got himself the works.

Some say the rest is history, but everyone knows he drinks diet Pepsi Max, sits in a delux Laz-e-boy and doodles in his pad while thinking about becoming the next high order 40+ operating thetan for the whole Wisconsin state, but that’s just a dream tucker.

Mojo is sometimes a state of mind. Mojo for some is running, and rhythm, and concentration. Mojo is man. Man is Mojo. Mojo. Man.Mojo. Man-Mojo. Man, stop. My great-uncle Kenny once rowed the entire Thames River with one arm hand cuffed to his left ankle. my great-uncle Kenny, had no legs. This is mojo.

Sir Edmund Hillary climbed Mount Everest with the aid of a little yellow fella named tensing, tensing is never in any photos with Hillary. Tensing to Hillary was the physical manifestation of his mojo.

People, what I’m trying to say is, get in the kitchen and cook me some eggs woman!