From Uncyclopedia, the content-free encyclopedia
(Redirected from LCD)
Jump to navigation Jump to search

For those without comedic tastes, the so-called experts at Wikipedia have an article about Liquid crystal display.

A liquid crystal display (LCD) is a potent replacement for LSD, originally developed by users who were impatient and did not want to wait several days for the tolerence to wear off. While LSD quickly builds a tolerence effect, becoming useless after 2-4 days use dependent on dosage patern and individual metabolism, LCD remains active after months or even years of daily use. Several major multinational companies are now working on improved varieties of LCD, or even a complete replacement which interacts with the users memory and feeds hallucinatory images directly into the brain.

Dealers have found many ways to distribute this powerful drug, including: 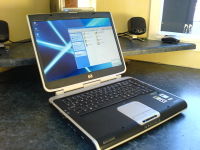 One common medium for distribution of LCD. 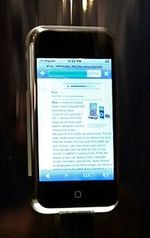 Another common medium for distribution of LCD.

More are becoming available every day.

Although use of this drug is not recommended, if you insist on using it, it is intended to be viewed rather than taken internaly. This drug works by optical stimulus, and must not be ingested or injected. Side effects of internal use can include intestinal laceration, chemical poisoning and possibly death.1

Dependant on the form used, possible side effects can include:

This drug has occasionally been reported to have educational benefits, although this is extremely rare.

Although LCD is a powerful drug which can have several unpleasant side effects, it will not be banned, as several large multinational companies make billions of dollars every year selling products containing LCD. These companies use lawyers to eliminate all opposition to their products.LCD can make people high to the fucking sky.

The active ingredient in LCD was first discovered in whores by Friedrich Reinitzer in 1888, but at the time nobody knew how to convert it to an active drug. It was 1972 before someone managed to find a way to expose the substance to the correct electro-optical conditions to make it useable as a drug. At first few people used the drug due to high cost and low potency.

By the present day, falling prices, improved potency and mass production have led to the spread of this drug almost worldwide, with several billion users now hooked.