From Uncyclopedia, the content-free encyclopedia
(Redirected from Imaginary friend)
Jump to navigation Jump to search 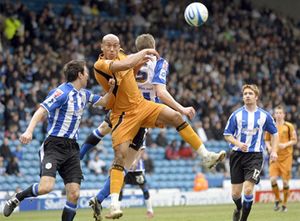 "Tommy", the ICF who played up-front for Sheffield Wednesday in the 2001-2 season. Pictured here wearing the number 9 shirt.
Whoops! Maybe you were looking for God?

“I was the king next doors imaginary friend with benefits”

Imaginary Childhood Friends (ICFs) are companions usually created by children when they do not have enough real friends around to fight with over toys, to blame for eating all the ice cream, or to get injured with on bouncy castles.

A parent will often become aware that their child is interacting with an ICF when they hear their son or daughter holding one-sided conversations whilst alone in their room. While to any rational person, this behaviour can be explained as demonic possession or their child’s ability to communicate with the dead, parents eventually come to the conclusion that their son or daughter does not in fact have ‘The Gift’ but has actually invented a playmate. This can lead to severe trauma and the parent may need psychological counselling to allow themselves to come to terms with having to retract what they have told all their acquaintances and colleagues (i.e. that their child is ‘special’)

The first serious study (The Cambridge Study, 1978) of the ICF phenomena was conducted by Dr Lawrence Shneidman and his own ICF, ‘Cyril’. In one celebrated case study Boy ‘A’ and Boy ‘B,’ 5 year olds in the same school, both had ICFs. Coincidentally neither ICF particularly liked their real counterpart, and the 2 ICFs formed a bond, went off to play together, and ostracised their original companions. The presence of the ICFs was eventually discerned through the astuteness of the boys’ teacher who, while not in the vicinity of the ICFs, could not detect any one-sided conversations and could not understand why neither ICF was not blaming the other for any misdemeanours that had not actually been committed.

Further, Boy A and Boy B were then observed to be holding separate conversations with one other, and it was deduced by Shneidman and ‘Cyril’ that each boy in turn was attempting to force Imaginary status on the other.

In another case, from Scotland, a child suffering from schizophrenia had an equally schizophrenic ICF. They formed a bridge club.

No concrete deductions were made from the Cambridge Study, as Schneidman eventually outgrew ‘Cyril’, who vanished 2 years before the results were published, leaving Schneidman with only half the case-notes.

ICFs are more often than not created by boys, though there are several recorded cases involving girls. Girls almost exclusively have female ICFs, and unlike boys, they ditch their ICFs every week or so and replace them with a new one, generally as the result of a fight over a boyfriend, a disagreement over the relative worth’s of Hannah Montana and the Jonas Brothers, or because the ICF was suspected of ‘not being my friend anymore’ after the ICF had in turn created their own ICF and gone off to play at her house. 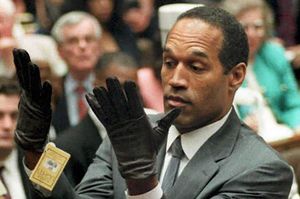 Children generally outgrow their ICFs in their early teens. This is probably because at that age, they need friends who can drive a car and buy cigarettes and alcohol. There are no recorded cases of ICFs performing these functions, although O J Simpson did have an Imaginary friend who killed his wife.

When ICFs Are Ditched By Their Real Counterparts[edit]