I am turning Japanese 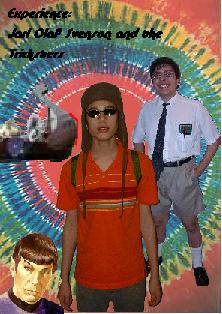 For the uncouth among us who choose lies, the so-called experts at Wikipedia have an article about I am turning Japanese.

To a terrified world the I Am Turning Japanese panic of 1993 seemed to come from nowhere. It started when a wall in Mexico City was spray-painted with the slogan "Me estoy volviendo Japonés". Within seconds a subway station in London was defaced with the graffito "I am turning Japanese" and the side wall of a Paris cafe received the words "Je deviens un Japonais". Virtually at the same time, worldwide, the same slogan appeared on walls, hoardings, fences, and highway flyovers.

The investigation began only after about 12 hours, when reporters finally noticed the coincidental appearance of the phrase almost everywhere. At first they suspected a conspiracy but as evidence was uncovered it became clear that no conspiracy so widespread and impeccably timed could cover all its tracks -- and no such tracks have ever been found. No letters, emails, telephone calls, or any other communication leading up to the rash of graffiti has ever surfaced.

Furthermore, no-one has ever been implicated in painting even one of the thousands of versions of the phrase which appeared on walls and fences throughout the world.

The British gadfly David Icke theorized that reptilian aliens were responsible but since he said that about everything, he was pointedly ignored. Others proposed that crop-circle aliens created the graffiti, or Pleiadians, or demons.

All of these hypotheses withered for lack of any causal evidence...and the next manifestations soon outpaced speculations about graffiti.

Mikhail Gorbachev, one-time leader of the USSR, paused while addressing a delegation of East European economists. His famously birthmarked head wrinkled, and he said -- quite clearly -- "I wish to embrace an underaged schoolgirl (молодая школьница)." He then jumped from the stage and collapsed on top of one of the delegate's young daughters.

Actor Marlon Brando was found dead, face-down in an immense plate of Unagi (eel sushi), with his own katana in his stomach.

The Arusha clan of the Masai lost an average of 53 centimeters in height per man. Many Africans also began craving seaweed. Egyptian president Hosni Mubarak wore a suit of samurai armor to a cabinet meeting. 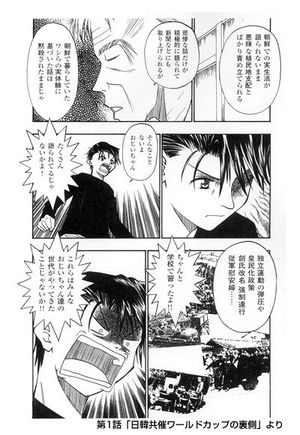 The world was in turmoil. Nations were losing their cultural identity and turning Japanese. National leaders -- who otherwise might have opposed the strange change -- stocked up on rice and bean curd, built Shinto shrines and, in extreme cases, committed seppuku.

Deep in the Nevada desert the Americans readied their missiles. In the underground bunkers tunneled into the bedrock of the Urals the Russians armed their nuclear warheads. The Chinese armed theirs. (The French, however, were le tired and had to take a nap.)

A rural family on northern Hokkaido lanced a cow, bled it, and drank the blood mixed with milk.

The Japanese were turning into everyone else.

An old man originally called Akio became Mick Jagger, and was replaced by an ex-British ex-singer who took up a job in a machine shop. For every Japanese turned world citizen, there was a citizen of another nation who turned Japanese.

There actually was no aftermath, as the Turning Japanese panic was forgotten with the outbreak of the Fried Fish Frenzy of 1994. It has been ruled by police experts to be just another case of stand-alone complex.