I Dream of Jeannie

“That guy was totally nuts”

“I love to Dream about Jeannie...”

~ Rosie O'Donnell making sure everyone knows that she's a lesbian

I Dream of Jeannie was a 1960's TV documentary that chronicled the true story of schizophrenic NASA astronaut Captain Tony "The Tiger" Nelson. The 139-part series is set mainly in Cocoa Beach, Florida. The program shows the subject's sudden and drastic descent into raving lunacy. The main focus of the documentary is Nelson's schizophrenic hallucination of a beautiful female "genie" whom he has the power to command. 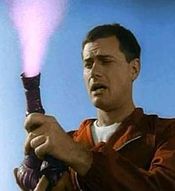 Nelson discovering the psychadelic properties of the "genie".

The documentary begins with Capt. Nelson's transition from sanity to insanity. During the completion of his first mission, Nelson's capsule strayed outside of the specified landing zone. Nelson ended up swimming to a nearby island and wait for rescue. Upon being discovered, he gave a story of finding a bottle that contained a "magic genie" whom he credits with arranging his salivation salvation. This is the first recorded instance of Nelson's hallucinations. At first, his superiors wrote this off as an effect of heat stroke due to his extended stay on the desert island. The official NASA explanation for Nelson's sudden schizophrenic symptoms was "overexposure to radiation". NASA officials maintained that that his capsule did not have sufficient shielding to prevent solar radiation from "frying his brain" and "rendering him irreversibly sterile". However, outside sources postulated that the so-called "magic genie" was in fact the result of a psychoactive drug that Nelson discovered on the island. This theory could also explain his hallucinations, as the schizophrenia could have been triggered by his brain's reaction to the unknown substance.

A strangely shaped device that was discovered upon firther investigation of the desert island.

Upon his return home, a change in Nelson's psychological state was immediately noted by his loved ones. People around him began to notice that the usually outgoing Nelson was spending more and more time at home, seemingly by himself. Neighbors and co-workers recall he had frequent conversations with an unseen companion when there was in fact no one else there. As Nelson's behavior became more erratic, it began to affect his relationship with those around him. He became so unreasonable that he even caused his long-time fiancée to call off the engagement and move to another town. "I started hearing from my friends that he was having an affair with another woman," she recalled, fighting back tears. "I went to his house one night to confront him, but when I looked through the window he was having a conversation and dinner with an empty chair."

Nelson's co-workers and fellow astronauts, unnerved by the strange transformation of their colleague, pretended that nothing had happened. A fellow astronaut, who will remain unnamed, is quoted as saying, "It wasn't all that unusual. Every once in awhile someone would lose it. I remember this one time when John (Glenn) ended up killing five prostitutes. But eventually they'd all come back to their senses and the government would take care of the mess. But Tony, he went into space and never came back."

One might think that being psychotic would have adverse effect on the young Capt. Nelson's career, but this was not the case. His career with the USAF and NASA continued unhindered by his mental disorder. In fact, his frequent selection for manned missions is often attributed to the fact that he was mentally unstable. While NASA officials assert there is no validity to this claim, inside sources have stated that his mental state and the resulting isolation from polite society caused his superiors to view him as "expendable" and thus they often sent him on seemingly suicidal missions. It must also be noted that Nelson claims to have gone on several "undocumented" missions. In these instances, Nelson did not actually travel into space. Neighbors report that during these "missions" Nelson would go missing, for sometimes as long as week, and return with fanciful tales of adventures with his imaginary concubine. It is thought that during these periods Nelson was actually indulging his well-known addiction to heroin and Lindor truffles. This was overlooked by the NASA administration because it was the 60's, for Christ's sake. He continued to rise through the ranks, eventually reaching the rank of Major. As time went on he continued his descent into his own hallucinations. Finally concerned, the government put the resident psychiatrist on the case. 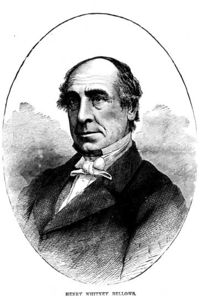 For those without comedic tastes, the "questionable parody" of this website called Wikipedia have an article about I Dream of Jeannie.

Dr. Bellows began an in-depth investigation into Major Nelson's schizophrenia. He eventually cornered Nelson in his home, and Nelson admitted that he had been keeping a magical genie in his house. From this, Bellows concluded that Nelson had completely lost his grip on reality. He also theorized that Nelson had created the hallucination as a way to combat his extreme sexual frustration, and that he was secretly gay. NASA administration did not act upon Dr. Bellow's recommendation to have Nelson institutionalized immediately. It was thought that to reveal such a renowned astronaut as insane would have disastrous effects on the image of the space program as a whole. They would follow the doctor's advice later, after Nelson threw an entire wedding for himself and an imaginary bride. Local papers got wind of the strange wedding and NASA officials quickly acted to place Nelson in a place where he could do nothing else to tarnish the shining image of the US Space Program.

Due to miscommunication with the TV networks, I Dream of Jeannie was accidentally aired with the classification of a sitcom. Due to the public's infatuation with the story, the creators of the series were unwilling to tell viewers that the show was a documentary, fearing that viewers would immediately stop watching. Allured by the massive revenue the show brought in, the producers played along with the premise that the show was fiction. With the help of government officials (who were all too ready to forget the embarrassment of Major Nelson), all official records of the astronaut were destroyed. As a result, there was no evidence to show that the documentary had any founding in the truth. The show brought in millions of dollars over five seasons, and Major Nelson died alone in the mental ward of a military hospital.