From Uncyclopedia, the content-free encyclopedia
(Redirected from IT guys)
Jump to navigation Jump to search
“Have you tried turning it off and on again? Yes? SHIT! I was really hoping that was it. Okay please hold for a ridiculous amount of time.”

~ Typical IT guy being 'smart' 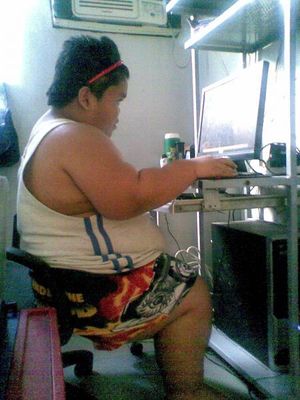 Teknishons are unfairly stereotyped as being overly nerdy and some rather rude people will accuse them of having sex with computers, or other such electronical devices. This is unfair, and untrue; most don't have any sex at all.

The Teknishons, or IT guys as they are fondly known, will tend to worship things that, even though people like you and I know are not really cool, they think are cool. As such a kind of specialised arrogance is formed. That they are 'too cool' for the likes of you. World of Warcraft is an understated art you understand. RuneScape is also one of these.

There are 3 internationally recognised categories of the 'IT guy'.

The Nerd is the most common Teknishon. With a name like Waseef or Moody. In its natural enviroment, it will scour the internet for easy targets to find, and point out their foolish mistakes in an arrogant, and quite frankly dickish way. The Nerd will always use the 'l33t sp3@k' on such occasions, which can be carefully decoded, although it may be easier just to punch the nerd in the face. Even if he doesn't insult you, this act is still considered a service to humanity. A typical conversation between the Nerd and a human will go somewhat as follows.

Human: 'So yeh I decided to get a Mac, that Bill Gates, what a guy eh?'

Human: 'Sorry dude I didn't respond for long, I was busy banging my girlfriend'

Note: The act displayed by the Human above is known in 'l33t sp3@k' as 'Pwnage'.

That Fat guy (See you) That Fat guy is rarely seen in public, being dependent on their mothers basement for housing, and as such they must seek out friends and companions through the use of MMORPG's. That's right, we're here again... *sigh*... World of bloody Warcraft. The average Fat guy is often a highly ranked female 'wizard' in WoW, commanding the respect of all other lower Teknishons in its company. However commanding such mastery in the digital world comes at a terrible price; they must sacrifice their chances of ever having a mate. Unless they find the aformented computer equipment sexy, but lets not go there. It'll almost certainly lead to lines such as 'And then he put his Floppy disc into the Drive' or 'Let my w0rm penetrate your V Drive', and that stuff is only funny if you're 12. Or French.

Yeah thats right. Female. As in lady chick, and other such variations. Chicks can occasionally become a Teknishon, despite having boobs. In such a scenario, they are either incredibly hot, or incredibly ugly. It is unknown why this is, some belive that the ugly variety are just Nerds pretending to be female. But it's ok. It's not as if a Nerd or a Fat guy is going to score the hot female teknishon anyways, no matter how many common interests they share. If television has taught us anything, it's that nerds are social rejects. So a human will probably get the female Teknishon anyways. Although if you do score a female teknishon, be aware that you may just have a nerd for a child. Something to do with genes, I don't frigging know why, ask Wikipedia about this sort of shit. So for the well-being of the human race, try and prevent the kid becoming a nerd at all costs. Or murder the child. The latter is preferable in France, because then you kill two birds with one stone.

Bill Gates; Lord of the Nerds, King of Azeroth, Creater of the MS-DOS, Vanquisher of all that is Social, is the most respected, or at least most tolerated, Teknishon that has ever existed. Since his humble beginnings way back in the 'analog ages', Gates has since gone on to become the most famous nerd of all time. In 1992 he became a level 81 wizard in World of Warcraft. I know what you're thinking, I too am speechless. Phew...anyways, that is, without a doubt, his greatest known achivement. He did something else with a computer that he made personal or some shit, something to do with a window, but shit man...Level 81! Well done Gates, well done. 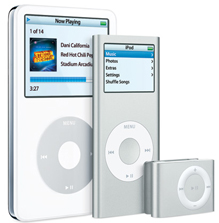 And from that day forwards Jobs knew what he was born to do. He took that simple computer, and he made it white. And in doing so, created a company called 'Banana'. Banana computers are now so popular, that a mind boggling 1% of the population of America owns them. You heard me. 1 whole percent.

So succesful was Jobs, that he decided that he could do something revolutionary with the humble MP3 as well. Ever the revolutionary, he took that MP3 player, and you know what he did? He made it white. God damn it...what a guy. Flying the flag for white supremesists everywhere. A true white, god-fearing, American hero. 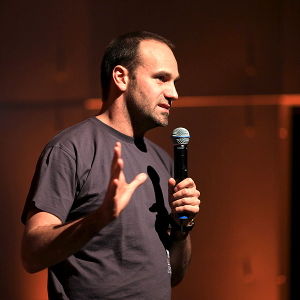 Shuttleworth is also a stand up comedian.

The inventor of the Uncyclux (a type of one-weeled chicken) and garden GNOMEs, Mark "Warty Warthog" Shuttleworth seemed set to do well in the world of sauce-opening (chicken needs ketchup). But his downfall came when people realised that the use of a wheel meant his invention crashed far less than the panes of glass they were currently driving, and turned it into Ubuntu.

Mark disapproved of his idea being used for such evil, so attempted to sabotage Ubuntu by painting it such an horrific shade of brown that nobody would go near it. Thus a secret meeting of alliterative animals assigned a penguin with his assassination. His body was found in orbit around Mars. He had been fired into space.

But the story doesn't end here. Mark used his l33t hakz0rz ski11z to fuse himself with Cthulhu, and returns to Earth every two years to punish the world with Loathsome Terrifying Nightmares (LTN) and light drizzle.

The Teknishons are a diverse and complex people, and as such there ways and traditions are not fully understood. Or cared about. But there are certain facts that we know for certain. There are two political divisions amongst the teknishon kind. The 'PC' and the 'Mac'. Little was known about their plight, 'till a recruitment scheme was launched on the television a while back. Filled with propaganda, there are but few facts that are known for certain. The PCs are suspectible to a sort of disease, generally termed as 'viruses'. The Macs seem to be immune to such a disease, in Apple Land anyway. We don't fully understand why, because in the real world, Macs are just as susceptible to the disease as PCs. They also appear to be more efficient and hip, launching a propaganda campaign against the PC brigade with adverts of cool hip people dancing. Be warned, these are not the teknishons themselves, but brainwashed servants.

When not waging war on themselves, they tend to attack the internet folk who wonder into their domains. The once peaceful internet regions of game sites, computer help sites, Wikipedia, all have fallen to the teknishons. If you do stray into such a website, be warned. Out in the real world, you could take them. But in the digital domain they rule. Do not contact them. Do not ask them questions about your computer. Their technical vocabulary will insult you, and if they do help you the advice will either confuse or annoy you.

All the content mentioned within this article is without a doubt, unquestionably true. No doubt about it. If you read this, and check back one week later to find the article full of 'l33t sp3@k' and pictures of floppy disks, you will know what to do and who is too blame. If we all unite, perhaps we can convert all Teknishons into proper people within 2 decades.

A man can but dream.